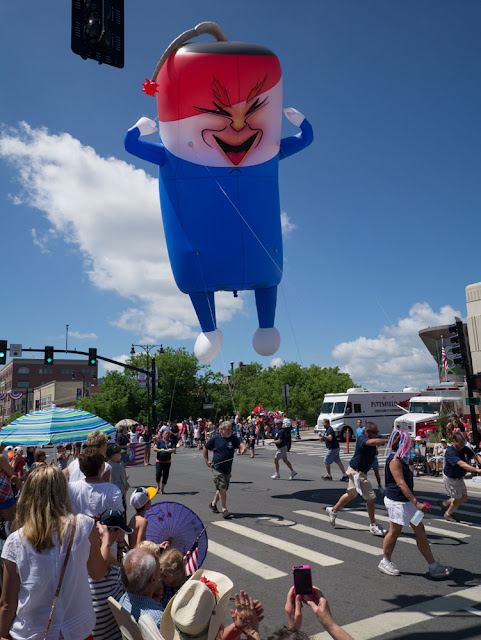 It took me a while to figure out that this traditional-style helium balloon was a firecracker, getting ready to cover his ears to avoid the sound of his own explosive dissolution. I think that's because it's the stupidest idea I've ever seen if you, you know, think about it for a second. Also, too, particularly before it was fully inflated it kind of looked like something else. But, oh dear, the speculation gets worse—suicide bomber float?
Posted by Carl Weese at 6:00 AM

Email ThisBlogThis!Share to TwitterShare to FacebookShare to Pinterest
Labels: parades