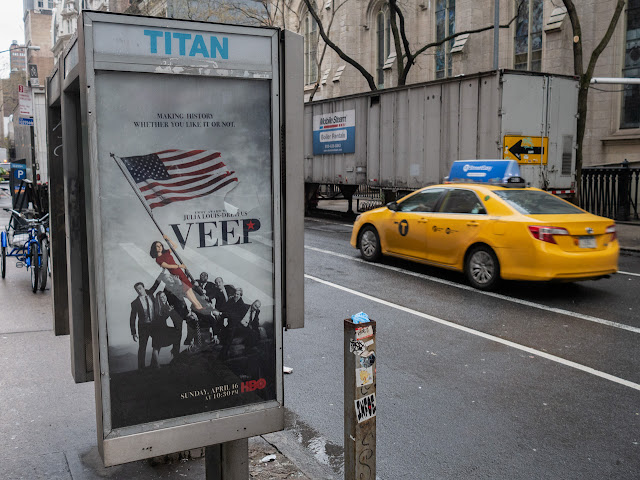 Second post in the Street Advertising series. In Murray Hill and other neighborhoods nearby the workshop center where I can get out to shoot in the early morning before class or in the evening afterwards, paper ads on kiosks and phone booths are pretty obsolete. Phone booths are quite obsolete come to think of it, though now internet connection and charging stations are beginning to appear. Backlit transparencies have been the norm for quite a while now, but they are being displaced by computer imaging display screens. Maybe holograms will be next. 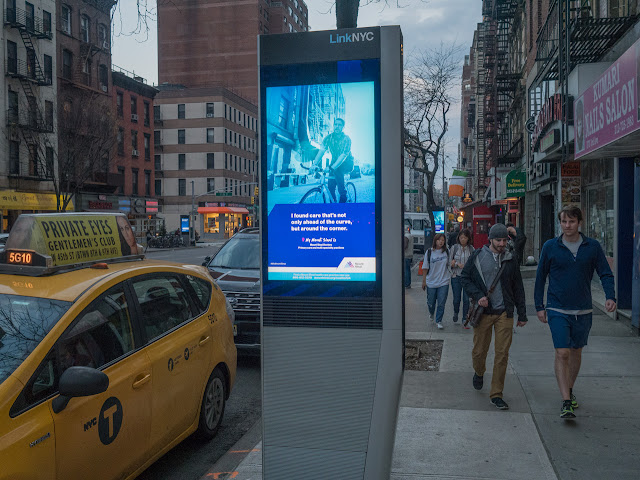 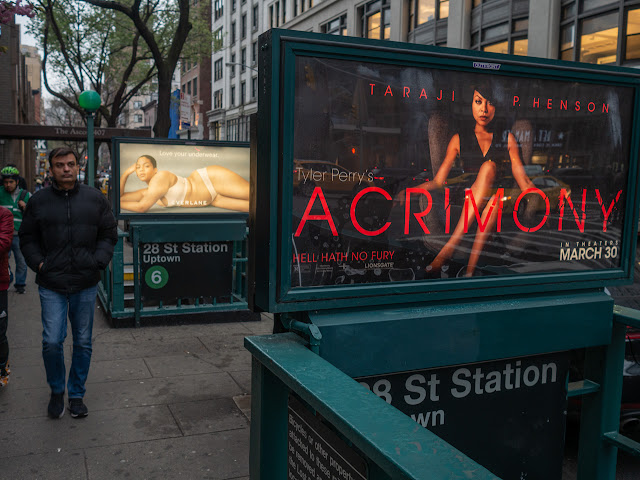