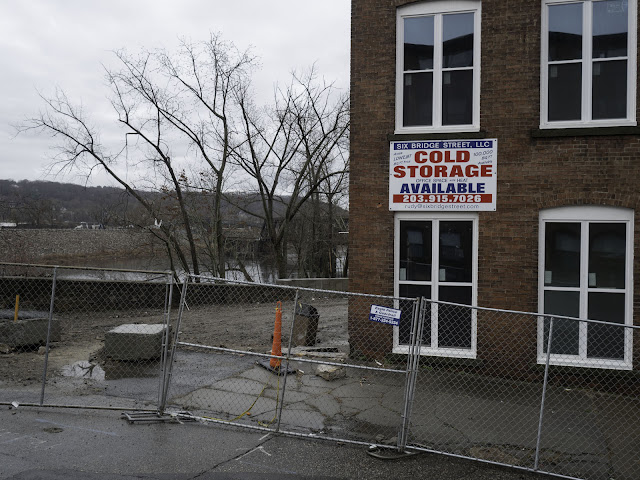 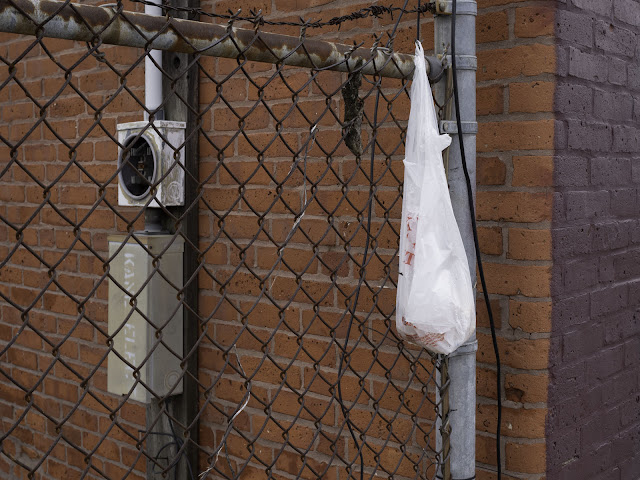 Discarded plastic is a world-wide problem.

A nice traditional brickwork detail is noticeable on that corner - in second photo - something that was commonplace in the past, but that nobody would bother with now. The lowest part, which might have been more vulnerable to knocks and scrapes, has been given a rounded profile. This would have required specially shaped bricks to be fired. As the wall rises, that protective rounding smooths back into the cheaper square corner profile, as is seen towards the top of the photo (also, probably, made in special corner bricks BTW). Whoever later had to achieve a neat looking corner with the purple paint, probably just regarded this peculiarity with irritation.

The building belongs to a paper distribution company that, according to its website, has been in business since 1881. It's part of a several block area of similar buildings and most of the others are run down or abandoned. They all show a construction style with aesthetic extras like ornamentation around window openings and these rounded corners, but this is the only one of the buildings that is still well-maintained. Though it has a constant battle with taggers. I suspect it was purpose-built for the paper company because it is well laid out for a distribution and shipping operation. All entrances and parking areas are heavily gated and fenced.