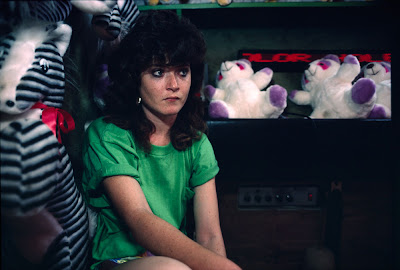 Dennis asked a question in comments a couple posts back, and by the time I'd been typing a reply for a while I decided to make a post of it. Dennis asked, "If it's not too much trouble, could you outline your reasoning in moving from Epson to HP?"

The Epson has been a love-hate thing. Four years ago with the introduction of UltraChrome K3 inks it was the only game in town for what I wanted to do (monochrome and color from the same printer without mono-inks from a third-party to avoid metamerism.) But it was continually a mechanical nightmare with frustrating paper handling problems, both roll and sheet.

And the ink use! As it was dying over the past month I did a sort of back of the envelope calculation of how many times I'd replaced the ink carts and how many times the maintenance tank. My conclusion is that more ink was used to maintain the printer than to make prints. That was without ever having major clogs requiring Power Cleanings (it was hard to believe that, from what I was reading online, my experience with the Epson having only once in a while, minor, clogs was unusually lucky!) That's not counting the disaster of having to replace all eight cartridges (over $600) in order to run the most powerful maintenance routines, which appeared to kill the print heads rather than clear them. So now I have eight nearly full carts I can't use. And of course I abhorred the need to waste upwards of $50 of ink in order to switch between matte and glossy paper. I never once used anything but matte for that reason.

The HP machines have a completely different design philosophy. Epson print heads are "calibrated for life" at the factory. Deconstruct that and you find that a print head failure totals the machine. Especially if it's nearly four years old and getting obsolete.

HP makes the print heads a long life consumable, user-replaceable. All reports are that its self-maintenance is much superior and uses only a tiny bit of ink for maintenance, comparatively. All of this just appealed strongly to me in theory, aside from practical concerns. The built-in photospectometer is used both to calibrate each type of paper to the printer (you'd recalibrate after replacing a print head for example) and to generate custom ICC profiles. These profiles seem to me every bit as good as the several that I had done for my favorite papers on the Epson. Since I don't own profiling gear this is a great value added for the HP. (And the profiles are V.2, avoiding the dreaded Snow Leopard color management issue.) Based on the size of the starter carts and the HP Utility readouts, the initial setup used vastly less ink than the 4800.

What I wasn't expecting was the dramatic improvement in print quality. The good thing about the Epson was that it could make wonderful prints in both color and b&w. I was simply hoping not to step back, but it's a big leap forward. (A current model Epson, say a 7900, may also be much improved from the 4800, of course.) Some of my work also begs for non-matte paper.

A couple of years ago I scanned work from a 1985 project with a traveling carnival, shot mostly at night using 35mm Kodachrome and fill-flash. I had never been happy with "vintage" prints made via internegative, and they would have required massive amounts of masking to try Cibachrome, while dye transfer was financially out of the question. I prepped scans of my favorites thinking that if I ever got forced into switching the 4800 to PK ink for something, a side benefit would be that I could attempt to print these—I knew I couldn't get what I wanted from them with the 4800 on matte paper. The minute I made a test print from the Z3200 Thursday on HP Premium Satin paper I remembered the set, finished cleaning up the scans and started testing. Just a few hours later I had a set of eleven 10x15 inch prints that blow the "vintage" RA prints out of the water. Detail and murky half-seen things in the intentionally dark night-time shadows is wonderful and the reds, which I could never get on RA, are simply to die for.

And if a print head goes bad, it's sixty-five bucks for a new one. 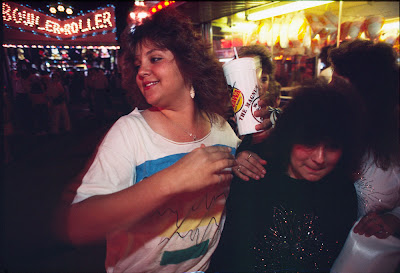 Thanks for taking the time write a detailed reply. Now I'm in a real hairy ball decision-wise between Epson and HP!

Carl, I've got a 4800 also and your experience of using more ink to maintain the printer than to actually make prints is the same as mine.

Jeff, interesting to hear the confirmation. But the kicker was the printer refusing to attempt Power Cleaning with less-than-half full cartridges. I couldn't find out the thing couldn't be saved without wasting a fortune on ink.

I suppose you've seen the recent (April 10, 2010) HP-bashing (well, mostly bashing) post at TOP, referring mostly to HP's mid-range pigment printers. It's interesting to me how many commenters have vowed not to do any printing on their own! I mean, I use WCI for large prints, but my HP 8750 has been a real workhorse.

But I had been planning on eventually upgrading to an HP pigment printer. Now . . .

Mike, the big HP printers are a completely different animal from the mid-size enthusiast-oriented equipment, which in fact they appear to be phasing out. Approaching two months and a lot of printing, the Z3200 is exceeding all of my expectations both in quality of output (vastly improved over the four-year-old 4800) and economy of ink use. And the ability to switch from PK to MK at will which I now can't believe I put up with not having for those years.