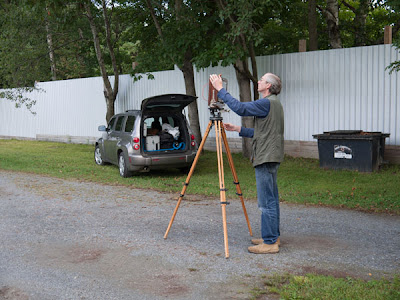 We had several things to do on a quick overnight excursion to Vermont and New Hampshire, including a stop at The Fairlee Drive-in Theater Saturday morning. I'd somehow not yet managed to include it in the giant DI project. For a behind the scenes look, Tina took a series of snaps as I worked. This is setting up the 7x17-inch Korona Panoramic View Camera (that's its official name, from a metal nameplate on the front panel). 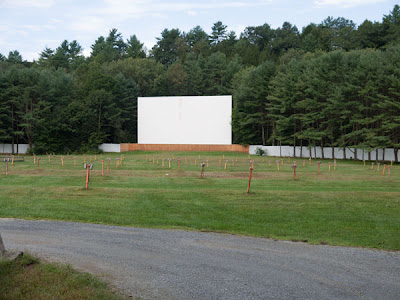 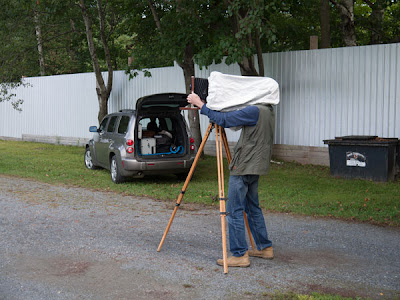 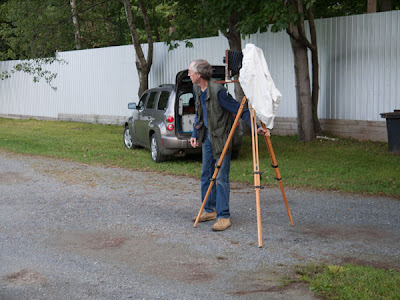 Lining everything up. Setting the camera in "exactly the right place" is always key, but with the theaters tiny differences in camera position have a big effect on the pattern and intersections/mergers of all the speaker poles in the field, leading to the screen. 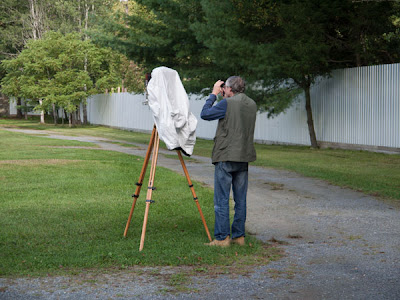 Measure the shadow values with a 1° spot meter. This is a second, somewhat closer camera position, using the 8x10" Deardorff. 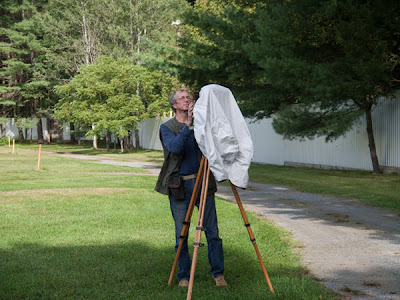 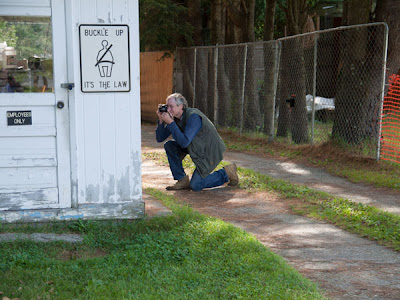 Digital capture of details around the theater, waiting for the light to be right for the 8x10 shot. 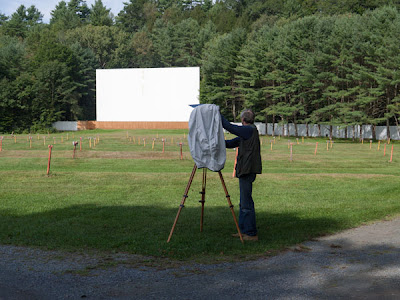