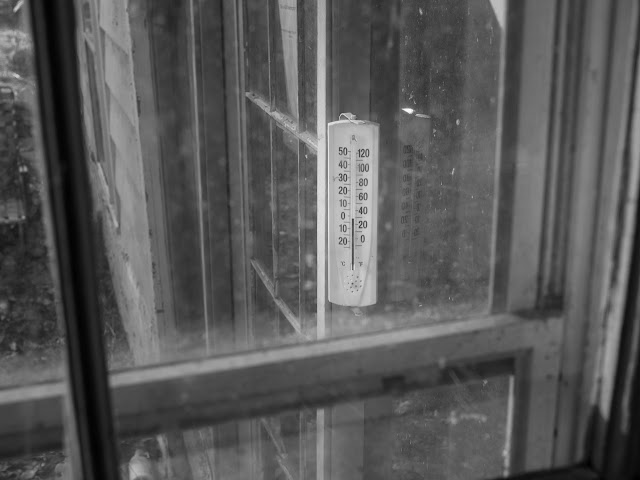 Eight o'clock in the morning, the sun is up and even hitting the thermometer, and it's still well below freezing. Weird.

Also, in yesterday's post it turns out I picked the wrong picture, or at least not the one Markus had referred to in comments. Since I like both of them, this morning I worked up the other one and decided to try it at a smaller size. 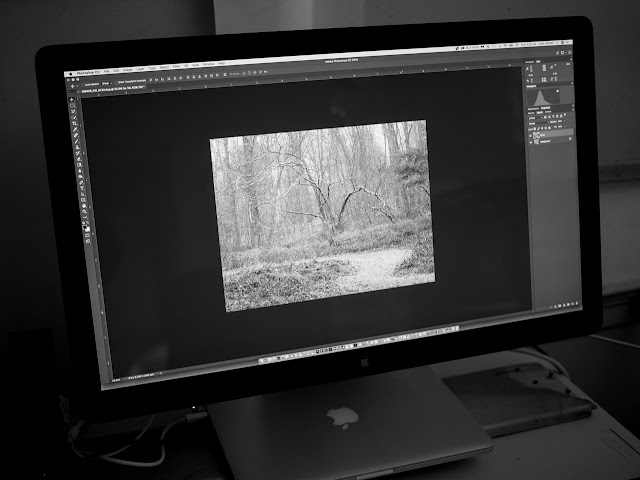 Here it is coming out of the 3880 at 9x12" on Canson Infinity Baryta Photographique. (Are camera manufacturers and paper makers having a contest for who can think up the most awkward, forgettable, and uninformative product names?)

I like it at this size and think I'll do the other one smaller as well. 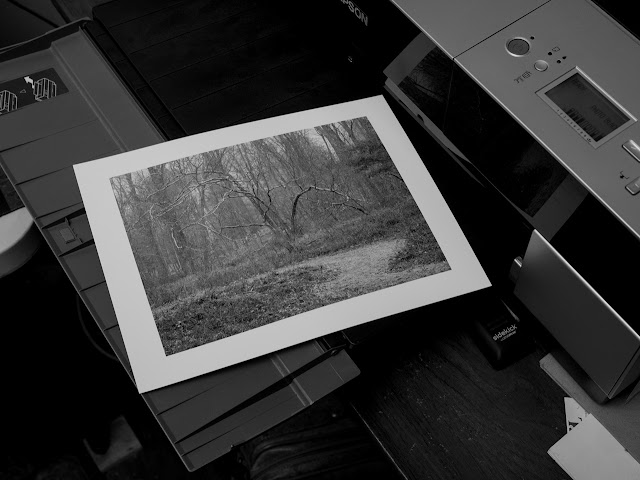