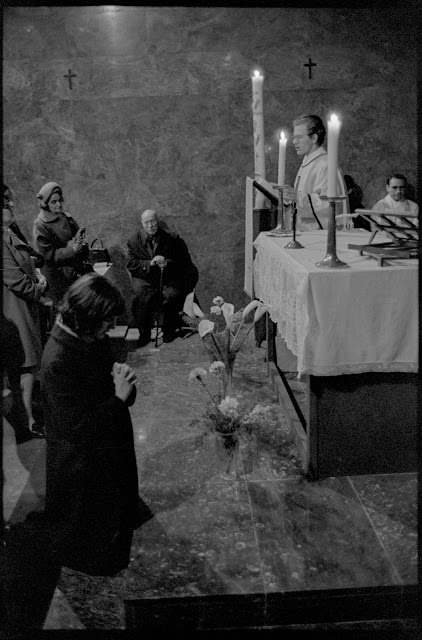 This should have followed the post with the ordination ceremony. It's a Mass taking place in a basement church facility on the outskirts of the city. What I understood from my contacts was that the government made a show of allowing the Cathedral to operate so they could point and say they were not oppressing religion. The reality however was that they did discourage religious activity except at the highly visible cathedral, literally driving it underground. 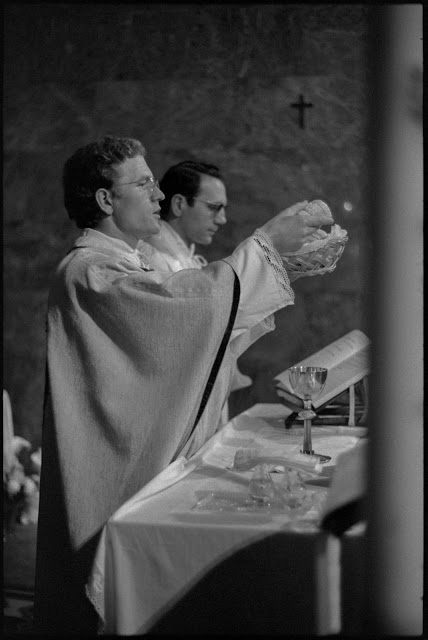 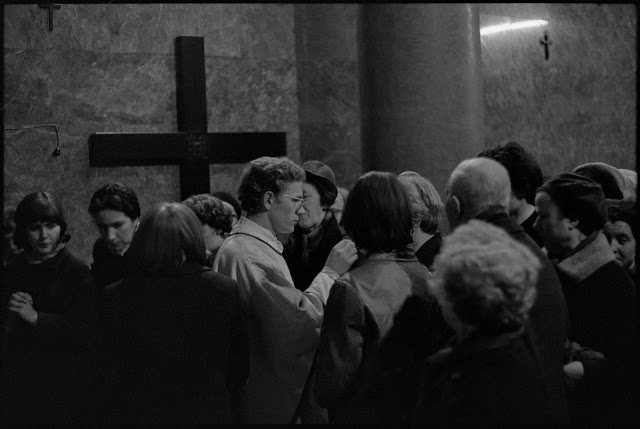 In case you think about making a book about your IHP time: I would certainly buy it.

Wonderful experience - you had, and we all have right now following your posts.

Thanks, Martina. Looking closely at this fifty year old work is actually quite unsettling. We're also collecting ancient snapshots from the trip, biographies of the past fifty years, and current selfies of all the IHP members who are participating in a 50 year reunion in September. I'm making a virtual/digital album of it all for distribution as a pdf. That's quite unsettling, too. "How terribly strange to be seventy."