Blessing of the Motorcycles 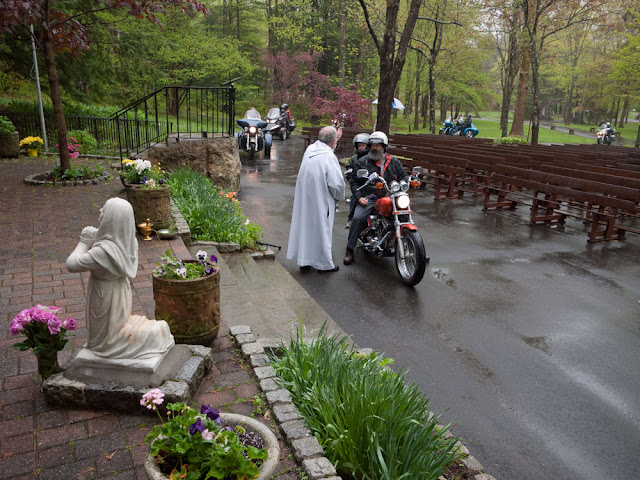 Litchfield, Connecticut
This event is a long-standing tradition at Lourdes in Litchfield, a shrine in western Connecticut in the foothills of the Berkshires. 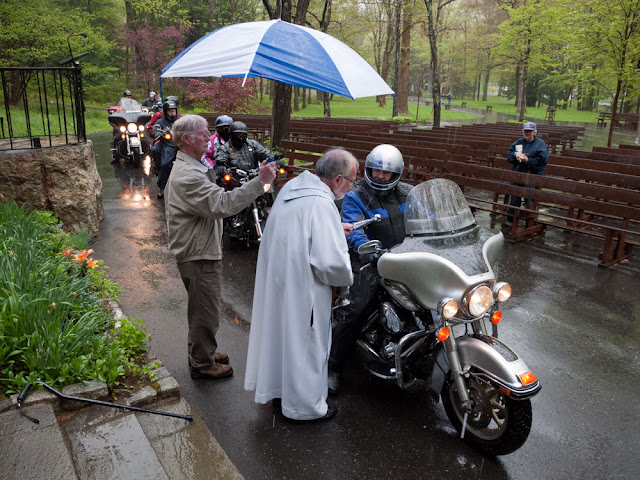 In past years as many as 500 bikes showed up, so I was surprised this afternoon to see only about a dozen brave the rather light rain. I thought motorcyclists were made of sterner stuff than that...what's more, half of them weren't even two-wheelers but new-style three-wheel machines. That actually makes sense—trikes are highly stable and probably much safer to ride in the rain. 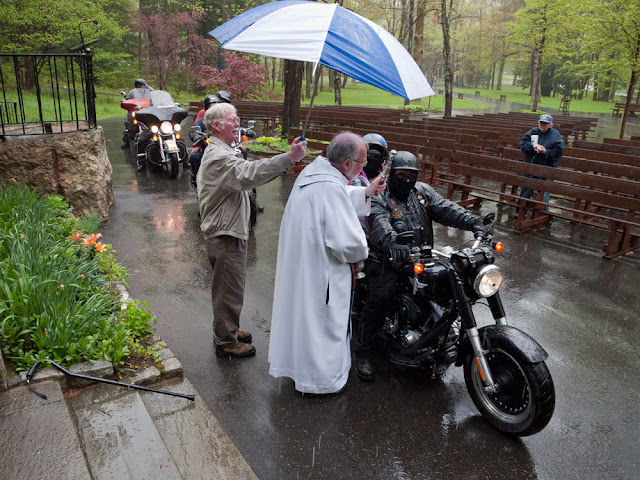 When the pair in ski masks pulled forward for their blessing, the priest told them to watch out they aren't picked up as terrorists.

Meanwhile, over at Bettina's blog, two more sneak previews of paintings that will be in the show that opens next Saturday.
Posted by Carl Weese at 4:31 PM