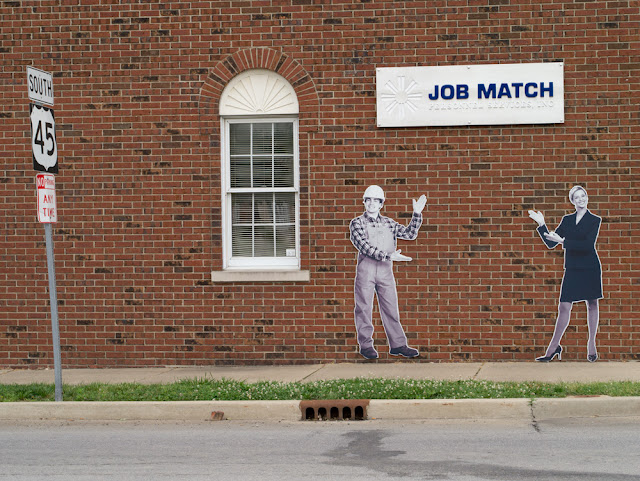 Posting has been scarce because I've been working almost non-stop on the drive-in theater pictures. The possible subjects are close enough together that I've had almost no time for other shooting, except for Monday morning traveling from Effingham to a theater in Gibson City. I ended the day at the home of one of the three professors from the traveling scholarship for my junior of college—we hadn't met in person since 1970.

Three more Illinois theaters today, and tomorrow I'm heading into Missouri where I'll probably spend two days at six or seven theaters still active in the southern half of the state. Maybe I'll get to spend some time doing photo walkabout in some of the small towns along the way. Or at least get a chance to take a close look at Monday's shooting—I think there's a lot of good stuff but I haven't had a chance to do more than skim through and pick a few interesting shots.
Posted by Carl Weese at 6:00 AM