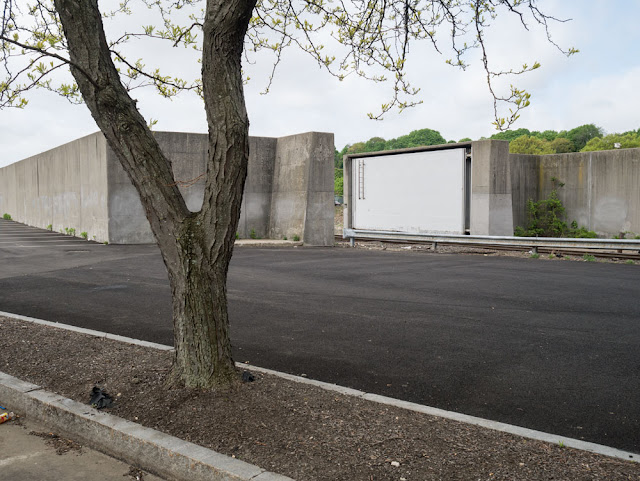 Sometimes while editing a set of pictures I'll notice pairs or groups that seem to go together well, even reinforce each other. This time the subject-resonance was clear while I was shooting. The first two pictures here were made from almost the same position, one right after the other. Behind the first tree is one of the sets of floodgates built to keep the Naugatuck river from flooding the town in an extreme weather event. Behind the second are the backs of the commercial buildings lining the west side of Main Street. I noticed the third tree less than fifteen minutes later, about half a mile away, behind a shopping center at the south end of town. 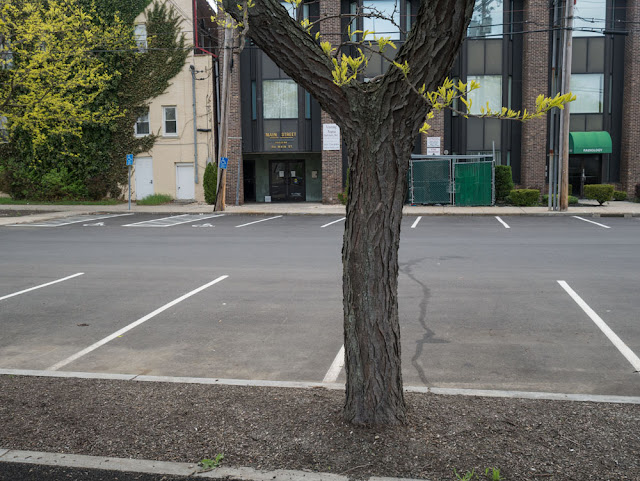 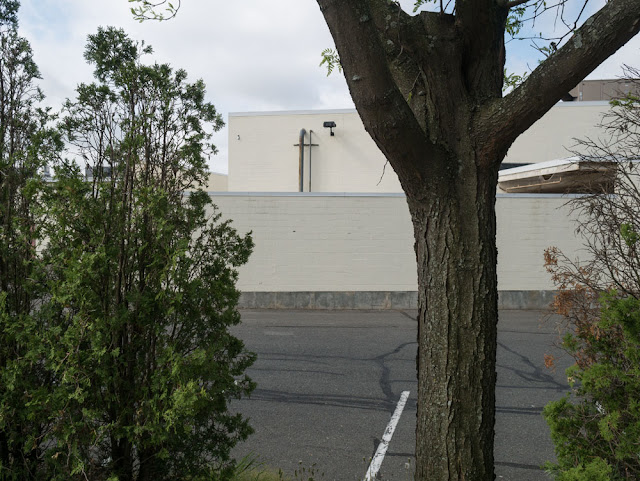