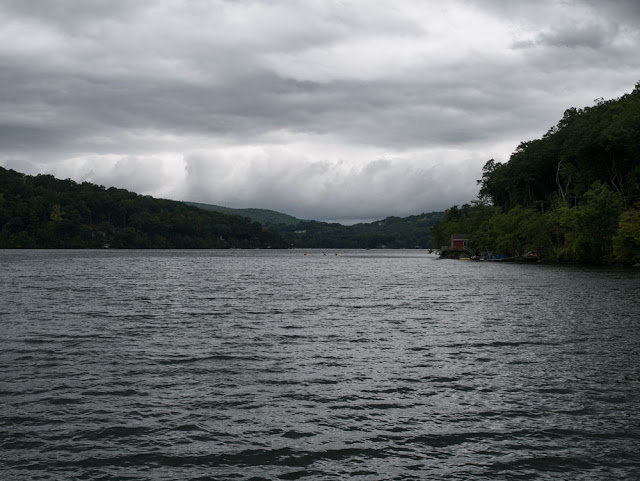 Last Sunday, 9/11/16, was an anniversary marked around the world. For Tina and me it was also a much smaller, private anniversary, our 45th. We decided to go for a drive in the countryside. The weather was appropriately ominous, which is fine because we both prefer that to plain sunlight. My car has Sirius XM, and the Symphony Hall channel was playing Dvorak's requiem. Utterly beautiful music, but when it ended, they went on to another requiem, so we switched to Real Jazz. 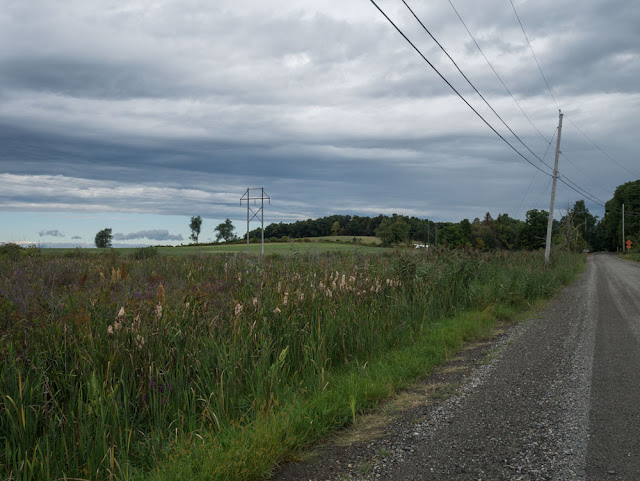 Things brightened up a bit as we moved west into New York state, but the clouds stayed heavy and interesting. 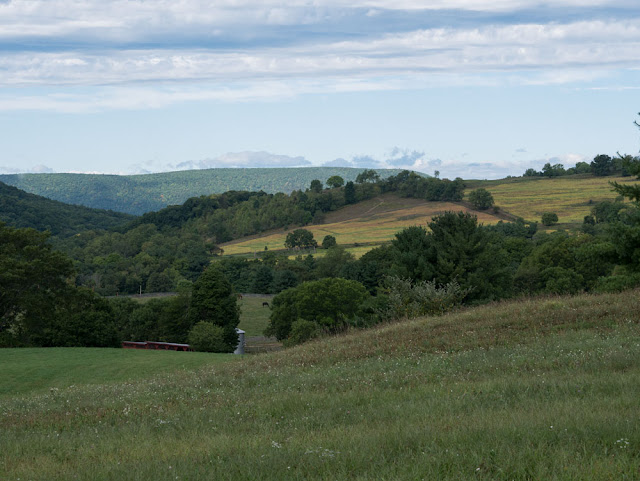 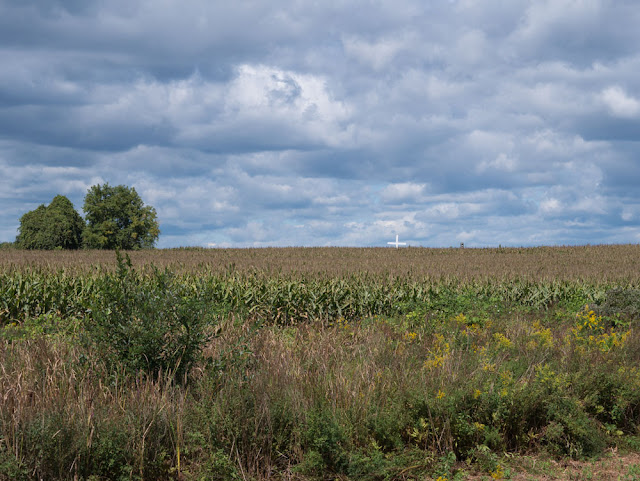 Meandering around narrow back roads through fields of corn we spotted this simple bare white cross. 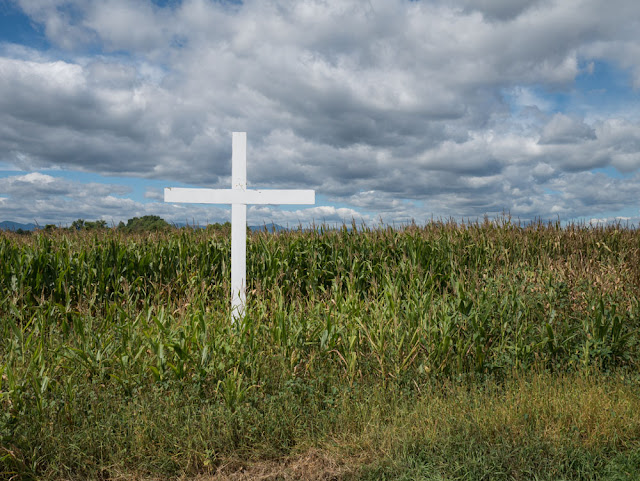 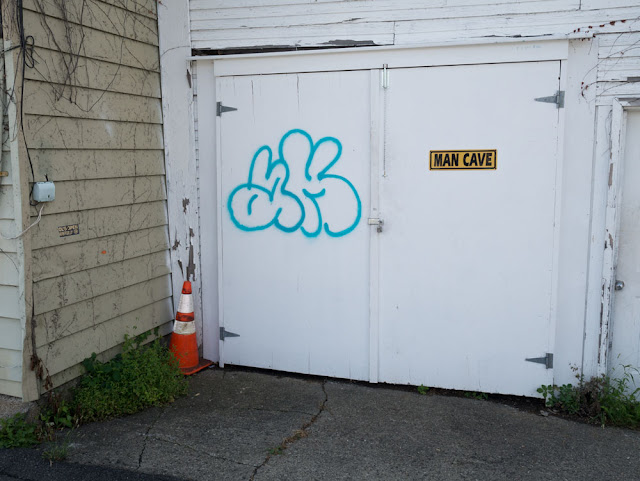 As it got toward noon we realized we were close to Hudson, where there are plenty of nice restaurants including Mexican Radio, where we've eaten before, so we decided to head there. Between the municipal parking lot and the restaurants on Warren Street I always seem to find some interesting stuff to shoot. 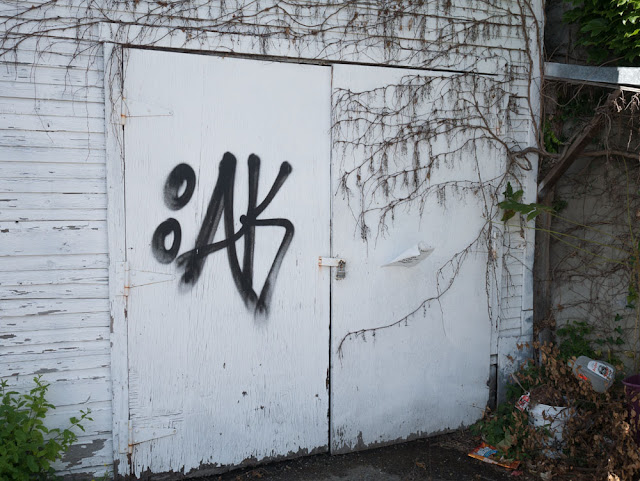 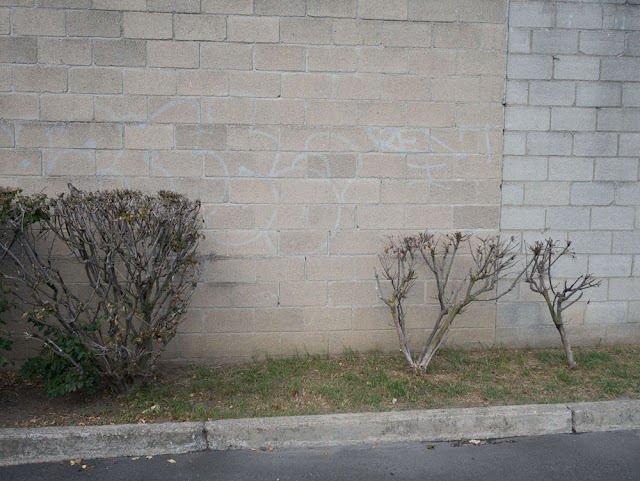 Some very faded graffiti adjacent to the parking lot. The sky was clearing, the light getting harsh and flat, so we took a leisurely drive back home. 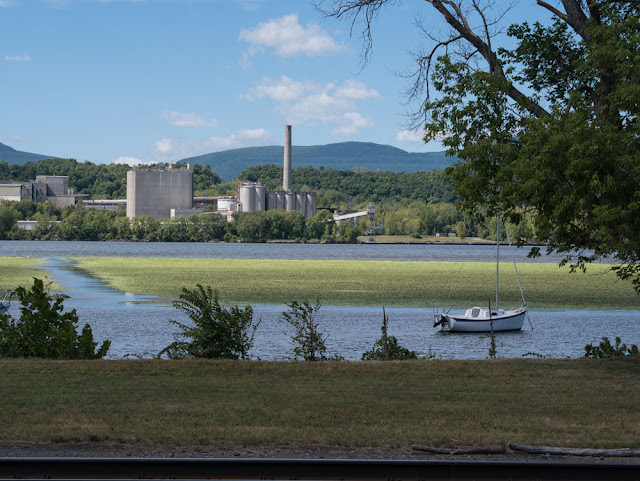 Email ThisBlogThis!Share to TwitterShare to FacebookShare to Pinterest
Labels: behind the scenes, graffiti, on the road, rural scene, urban landscape

As a fellow traveling photographer I find the Grateful Dead channel a true inspiration for happy work.
Keep on trucking.