Noctilux in the Woods 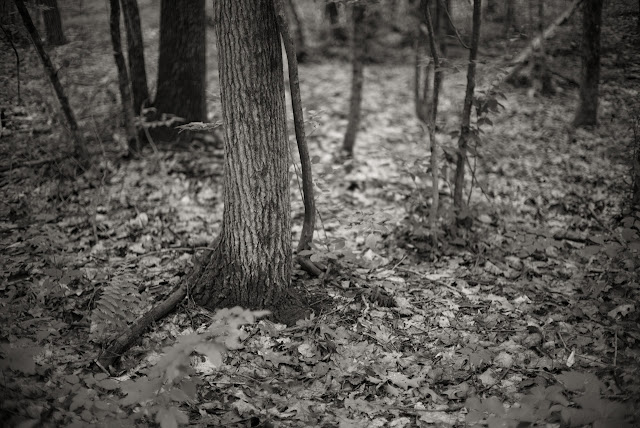 Last Tuesday I took a long hike around the Hidden Valley area of Steep Rock Reservation. I had the loaner M Monochrom and three lenses: my 35mm Summicron, 50mm Noctilux, and 90mm Elmarit. All lenses I bought in the 1980s to use on my then-current M6 cameras and my already venerable M4 from 1967. Since these lenses of course lack the indexing/coding that current Leitz M lenses use to communicate with the camera body, I've set up three "user profiles" (these work a lot like the "custom modes" that I've written about at TOP that help streamline work with modern digital cameras)—one for each lens. Change the lens, hit the Set button, do a dial spin and a couple more button pushes and the camera now knows which lens is mounted. Not as sleek as an indexed lens, but it only takes a few seconds.

The 35mm was too wide for a shot I wanted to make, so I switched to the 50 and used it at f/4 in quite dim light. When I reviewed the shot on the LCD, the relatively shallow depth of field looked nice and gave me an idea. I'd bought the Noctilux (having wanted one for quite some time) used, in a private sale around 1988, in utterly mint condition, for $1200. It went to work right away on some commercial assignments, one where I was shooting in a hospital operating room where the lights were turned way down low so the surgeon could clearly see the monitors of the new-fangled laparoscopic tiny-incision procedure he was using. It also saw a workout in low-light situations on personal projects I was doing, including some of the "Ten Pictures" set from Kingston, NY, on my website galleries page, and work with first Gulf War evening/night demonstrations. The incredibly small depth of field of the lens used at f/1 gives a distinct look. I decided to see what would happen using this razor thin dof for nature shots in the woods. The results seem interesting to me and I want to try some more experiments in this line. I'm sure it's not what the designers of the Noctilux had in mind. 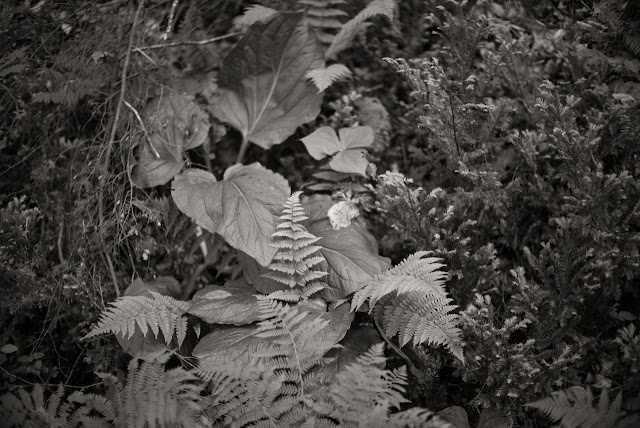 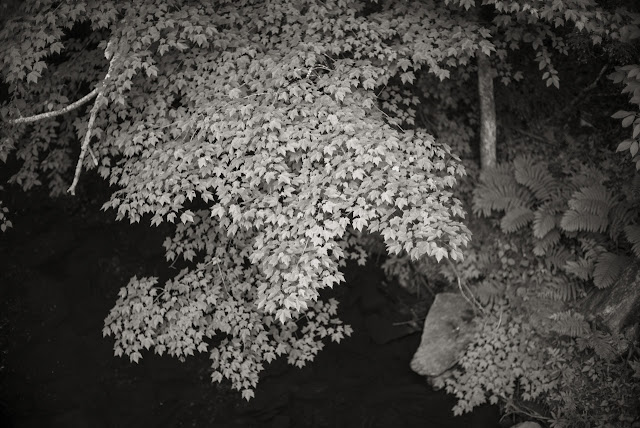