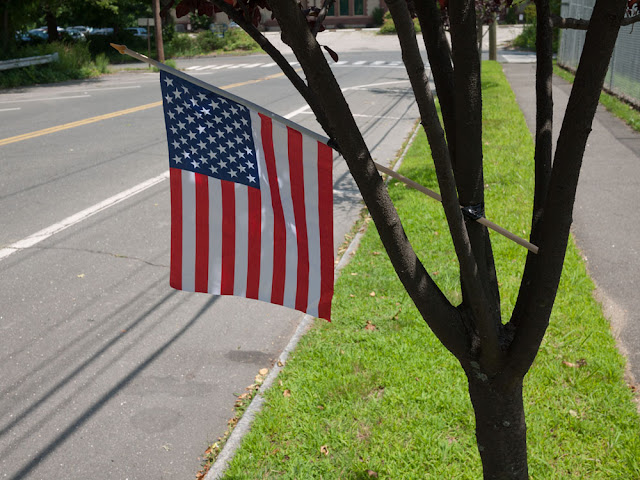 I like this. Graphically very striking. And I find all these flags fascinating. In the countries where I've lived (Australia and the U.K., but especially in Australia) these sorts of suburban, domestic displays of national flags are very unusual.

James, friends in Germany also have pointed out that flag displays are far less common there. There was a huge surge of flag display across America following "9/11" and I did a project dealing with the odd juxtapositioning that happened in the 2001 Halloween season just weeks after the attacks:

The displays of flags have toned down a little since then, but by my observation remain much more common than before the attacks. As a side note, when I was a kid in the 1950s my parents owned a flag, and they displayed it next to the front door of the house...every Fourth of July. The rest of the year it remained rolled up on its staff in the front hall coat closet. This was quite common.