Behind the Scenes: Darkroom Repairs 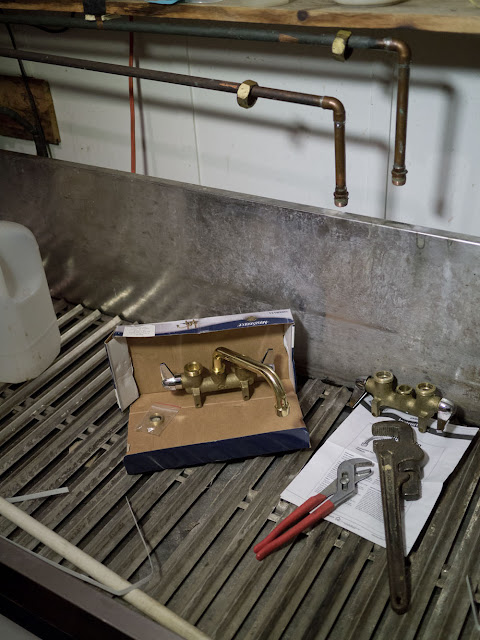 Last fall, just before I had to shut the lab down for the winter, the faucet set at one end of the sink failed. So now that it's warm enough to feel safe about pressuring up the system, I found a nearly identical faucet. It's clearly the same casting, but the machining of the connectors and consequently the connecting hardware is slightly different. On a bad note, the actual spigot attachment again seems weird and flimsy, so this may not last well either. Luckily I was able to break the threaded connections and install the new hardware without having to remake the sweat connections. A few hours later I descended into our dripping-walls dungeon of a cellar and pressured up the system. Nice and tight, no leaks. So the lab is ready to prepare for some film development testing I need to do before leaving on the big expedition, and also for an upcoming private workshop.
Posted by Carl Weese at 4:00 PM