The Last Two, Before the Storm 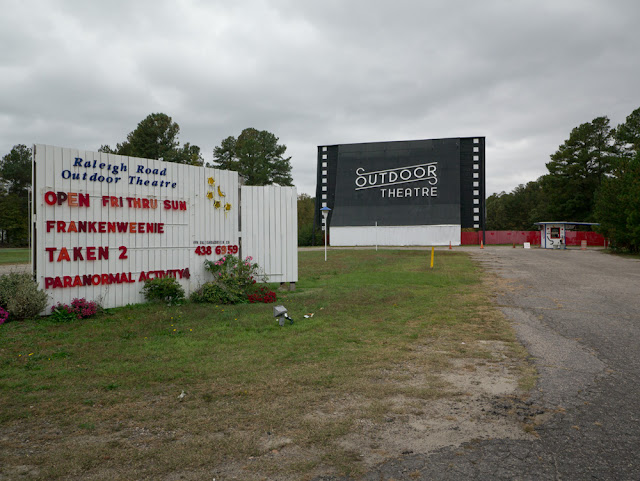 Things were so hectic already that I haven't been able to set up a Kickstarter Update from the road, and then the big storm began to loom. I hadn't planned to get to these theaters for another couple of days, but had to rush things. Luckily the lighting conditions as encountered were pretty good for the venues. Stormy skies seem to work well here. I had several great off-topic walkabout shoots in Albemarle, and was frustrated yesterday to drive past wonderful looking towns because I just had to get to the last theaters on the list and then figure out how to head back for home in time to deal with—to the extent there's anything you can do—the predicted week or ten-day power outages expected from the storm effects. At least I also know that I want to return to this area to pursue my broader topic of small town America. Can't wait. 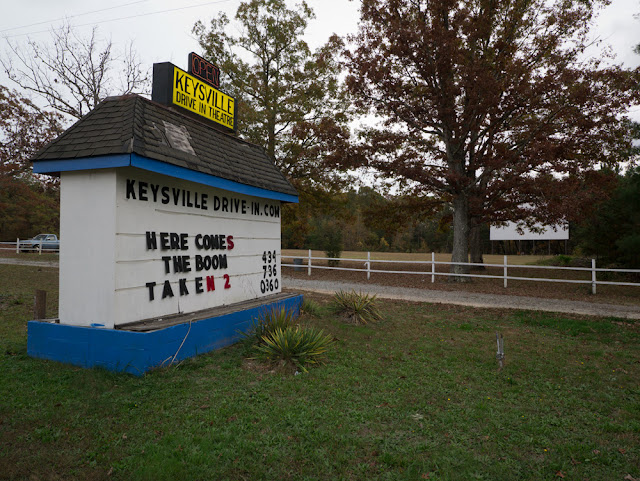 One of the most unusual theater setups I've ever encountered. There isn't a ticket booth, just a sign telling you to get a ticket. You leave the same way you came in. There's a building that was probably both the business and a home at one point, though current status is unclear. I'll try to find out more about this.

[posted in advance, Saturday evening]
Posted by Carl Weese at 6:00 AM