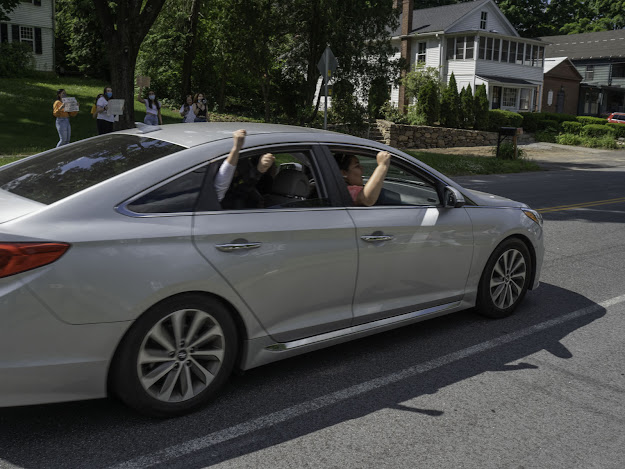 Woodbury, Connecticut
There was another Black Lives Matter rally on the North Green of Woodbury Sunday afternoon. Not as many people turned out as last week, but still pretty impressive for a small town in bright red rural Connecticut.
There again were lots of young people. There were also old people who've been doing something along these lines since the 1960s. As last week, what I noticed most was that the traffic going past was incredibly supportive compared to many similar events I've photographed over the years. At least 50% of the cars honked their horns, which is at least three times the proportion I've ever seen before last week. 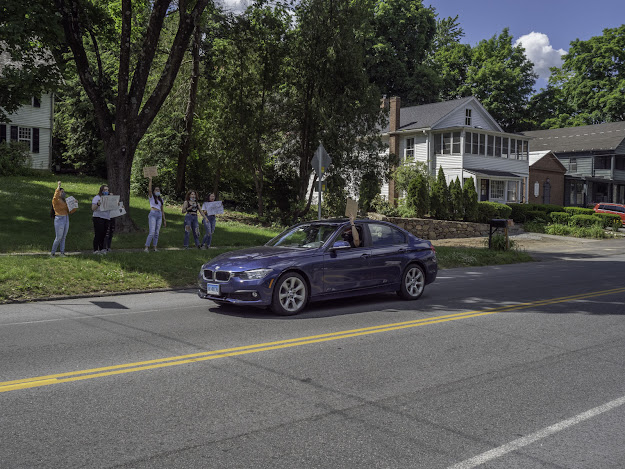 This guy has a cardboard sign that he's waving as he drives. I suspect he might have been driving from one demonstration to another with his sign to participate in his own way. Can't photograph the horn blowing, but the hand gestures showed a real connection to the demonstrators. 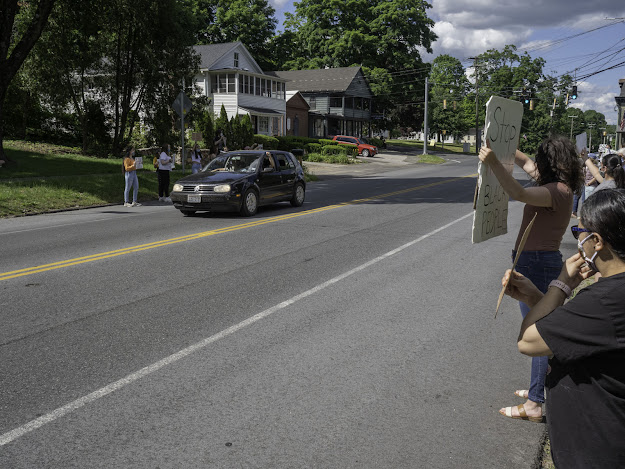 Click on any picture to see the whole set in a larger and more legible view. 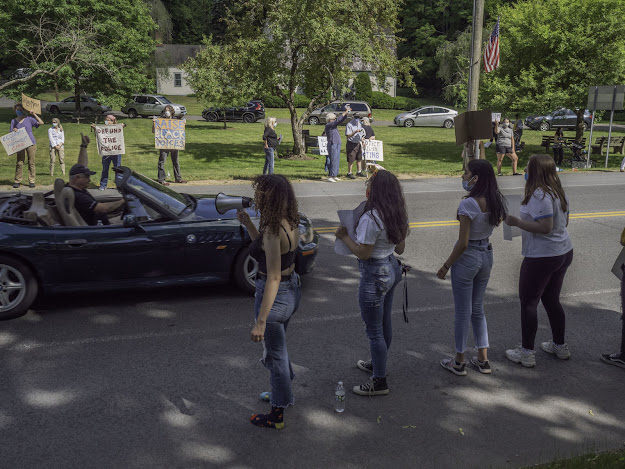 Since this is rural Connecticut, the drivers were almost all white, and many of the cars were, well, pretty fancy, but the support for the demonstration passed that right by. 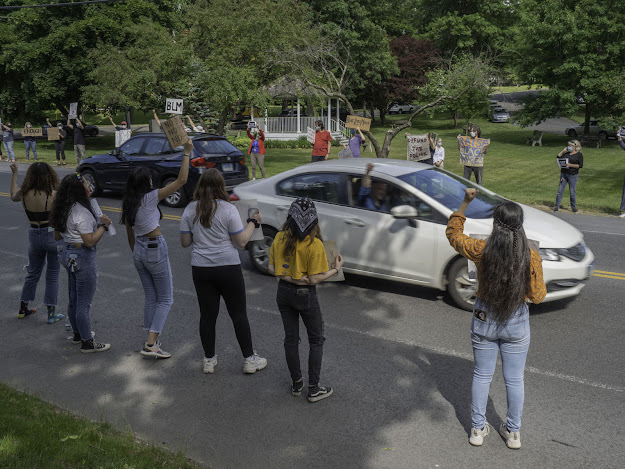 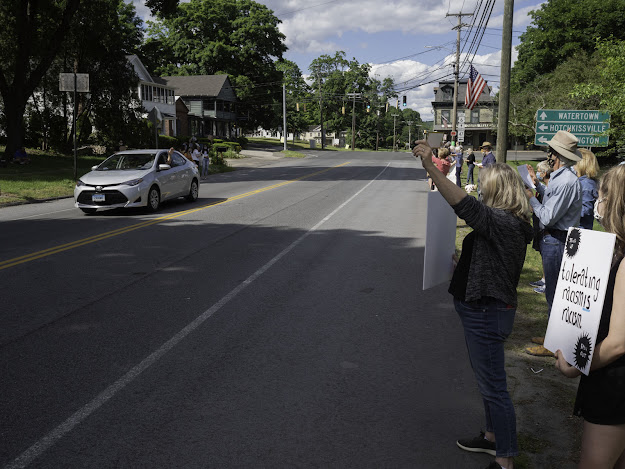 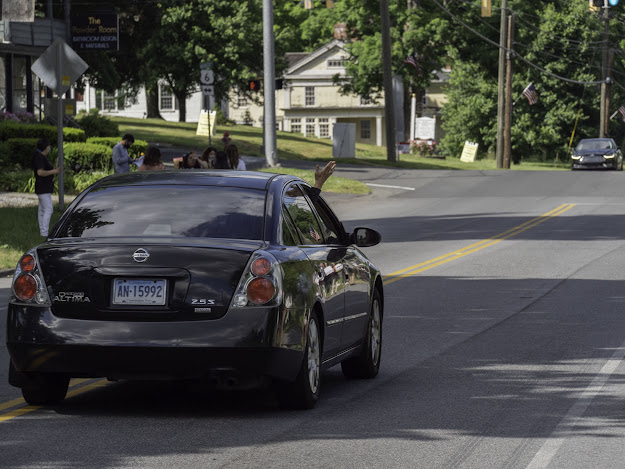 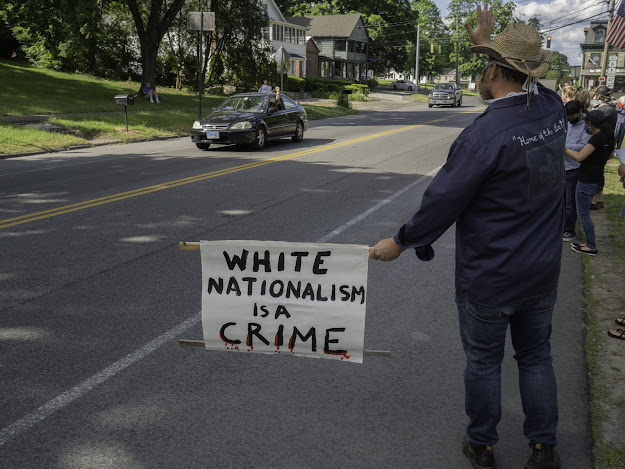