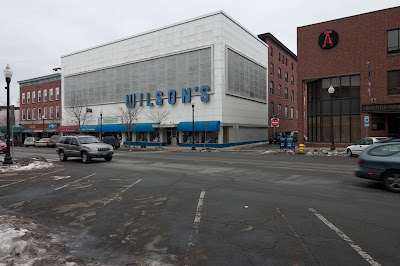 Greenfield, Massachusetts
Greenfield was the nearest big town (perhaps it would be better to say biggest town near) Northfield School, where my wife spent four years in the late sixties. When I got home from some shooting up here, ahead of a snow storm, I mentioned that it didn't look as though it probably had changed a lot in the intervening decades. Once the pictures were downloaded into the computer, she took a look at this and said, "Yup, that's the main drag all right."
Posted by Carl Weese at 4:15 PM