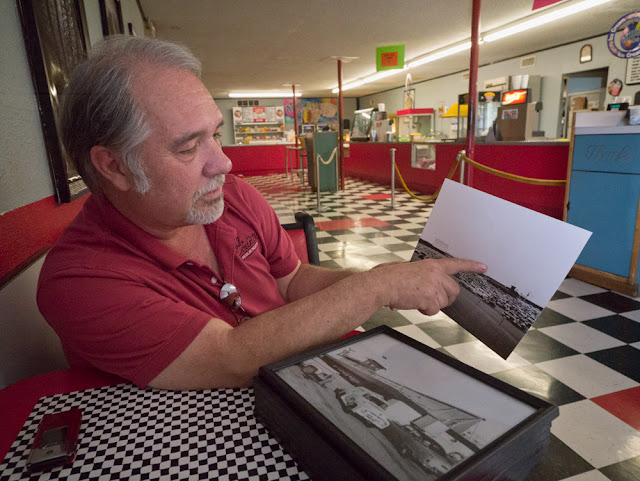 Ray is showing me pictures from opening day, in 1956. He started theater work when he was 12, not far away, and brought the Town and Country DI here back to life. This particular picture also always reminds him of the time he saw the UFO, from the roof waiting for a projector crossover, an experience that remained vivid in his mind. So, decades later, when the ship whaled out at the end of "ET" he says he nearly freaked out because it was exactly what he'd seen that night. 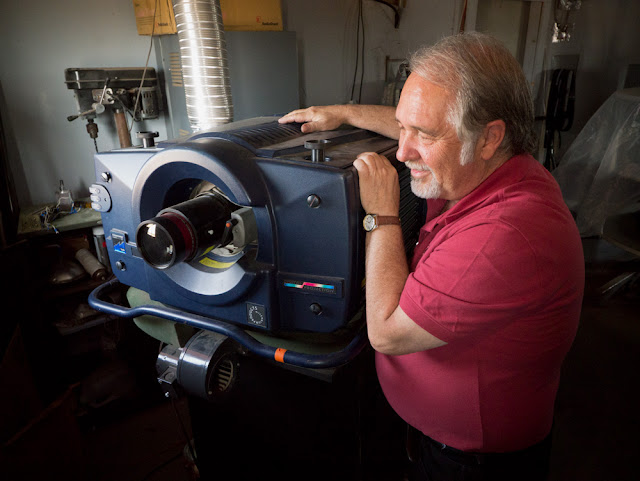 Ray has assembled a digital projector for the side events, and you'll just have to wait for the transcript to hear all he's been doing with this. It isn't the big thing that's needed to stay in business with the digital crossover, but that's being worked on. 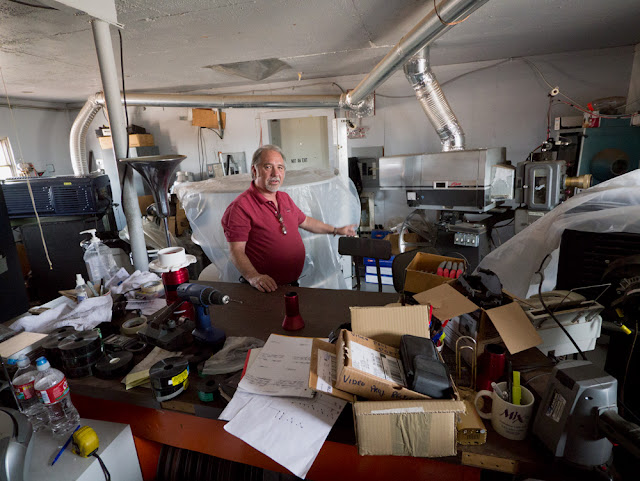 Now, THAT'S what a projection room should look like! 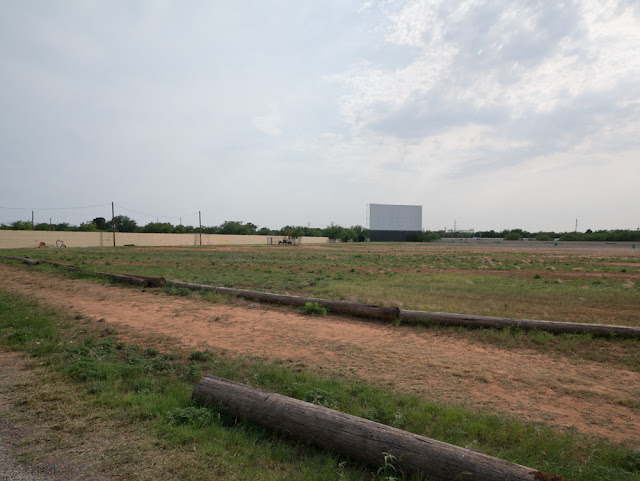 This theater is huge. It's a twin, a little difficult to show that, but each field can hold about 700 cars. Gigantic. Texas style, maybe. It was 101° when I got into the car after shooting, and the wind made it impossible to do anything with the big cameras. I'll see if it's calm in the morning, and maybe try something LF before the long drive tomorrow through Rule, and up to Amarillo. 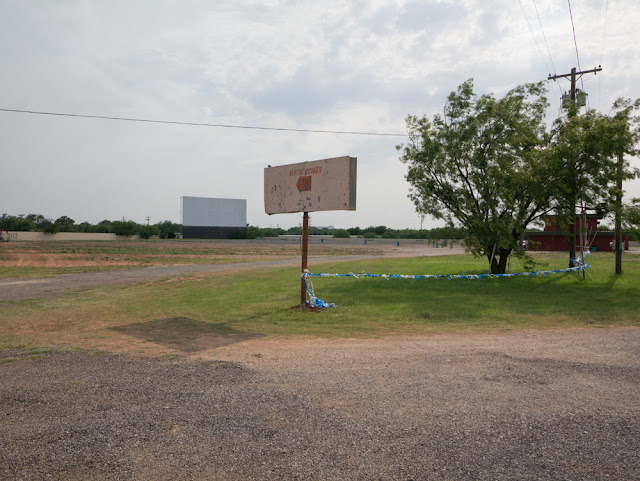 Really enjoying this series. And the behind the scenes in this post is fantastic. What a projection room! Full of life and love. Just great.