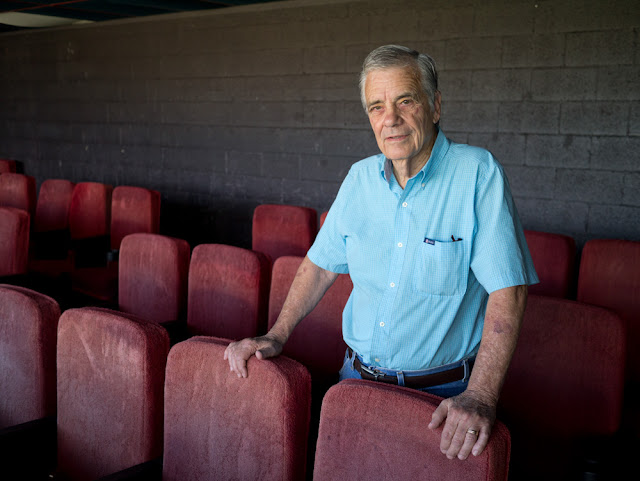 This is Gene Palmer, who began to work at The Last Picture Show drive-in theater (under a different name) way back when it opened in 1950. He's owned the place since 1964. Here he's telling me some of the theater's history, standing in an enclosed space with theater seats and a big picture window looking out at the drive-in screen, a highly unusual arrangement. There's also an indoor theater, added in 1972 when they closed down several in-town theaters they owned at the time. 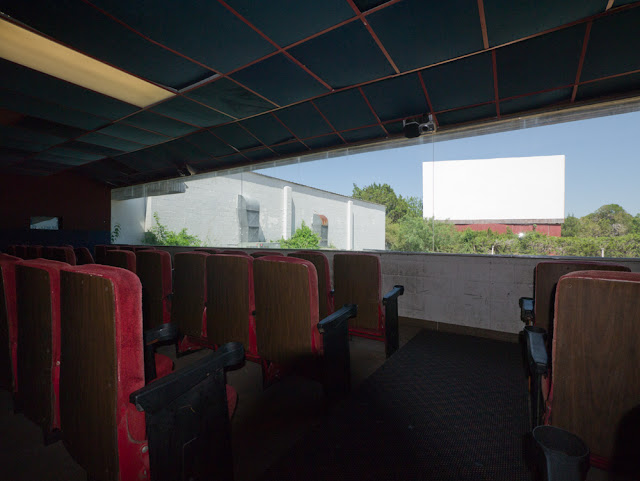 The theater itself is on the flat Texas plain, surrounded by short trees. The screen is on its fourth incarnation, but retains some of the original materials including the main support poles. 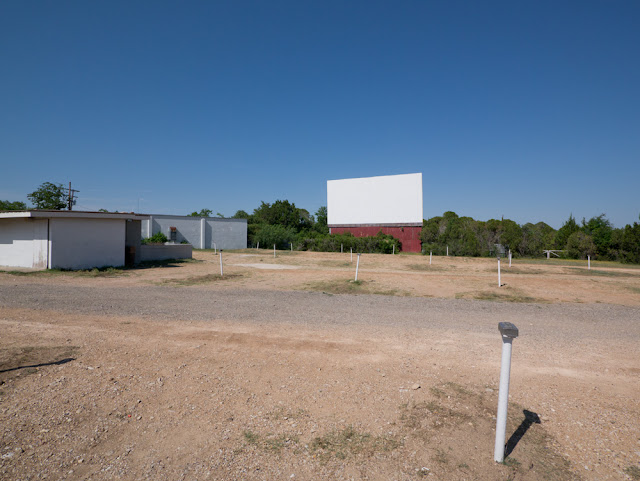