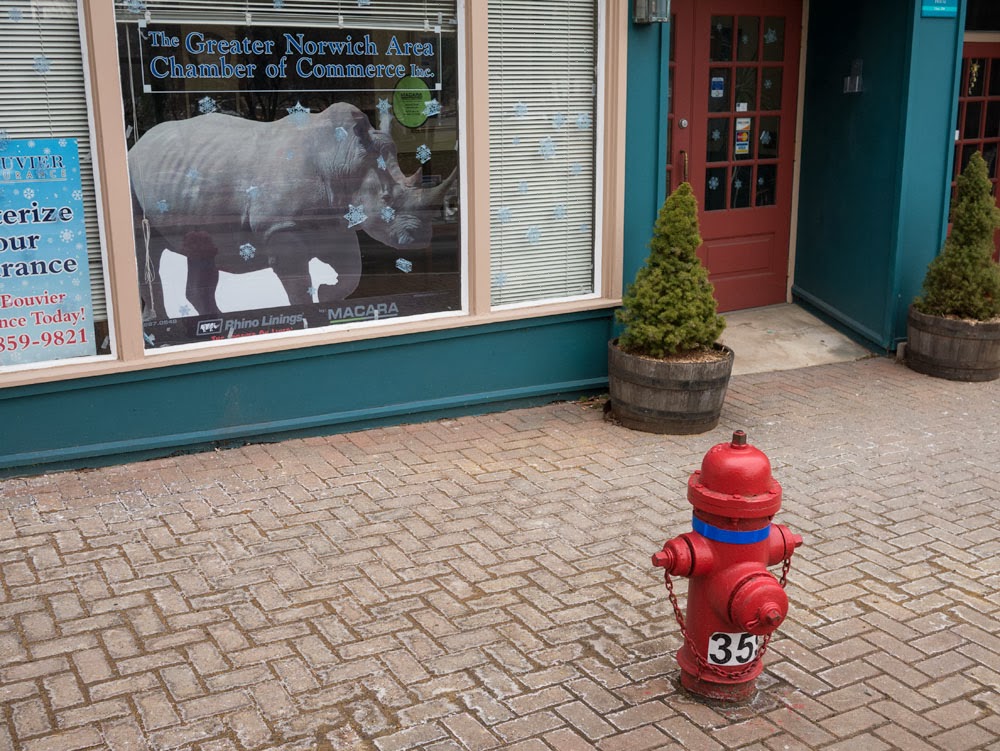 Of course I am not really sure about this but I think that's the first numbered hydrant I have ever seen.

Most prominent number maybe, but I'm sure I've seen numbers and little medallions on other hydrants. Makes sense really for reporting a problem or whatever. I'll try to pay attention next time I'm walking around a hydrant-rich area.

I hate linking to my own blog in comments but:

And now I am embarrassed and will go to bed.

The only excuse I have is that my numbers seem to be more original ... not pasted on at a later date. And they are Swiss hydrants.

btw - medallion was the keyword - triggered some memory.

Yes! The ones in your post are just what I was thinking of as a memory of medallions—when I get a chance I'll search on the 'fireplug' label at my blog and see if I can turn up some where the number/medallion shows. I'm not getting a strong memory of where I've seen them, just that I have.

"I hate linking to my own blog in comments but:"

I may be in the minority, but I think it's fine as long as it's actually *relevant* as a comment: this was a perfect example of visual cross-fertilization. I'm always interested when someone uses a comment to alert me to one of their posts that is directly, visually, related. The link is needed to establish the visual, not just text, relationship.