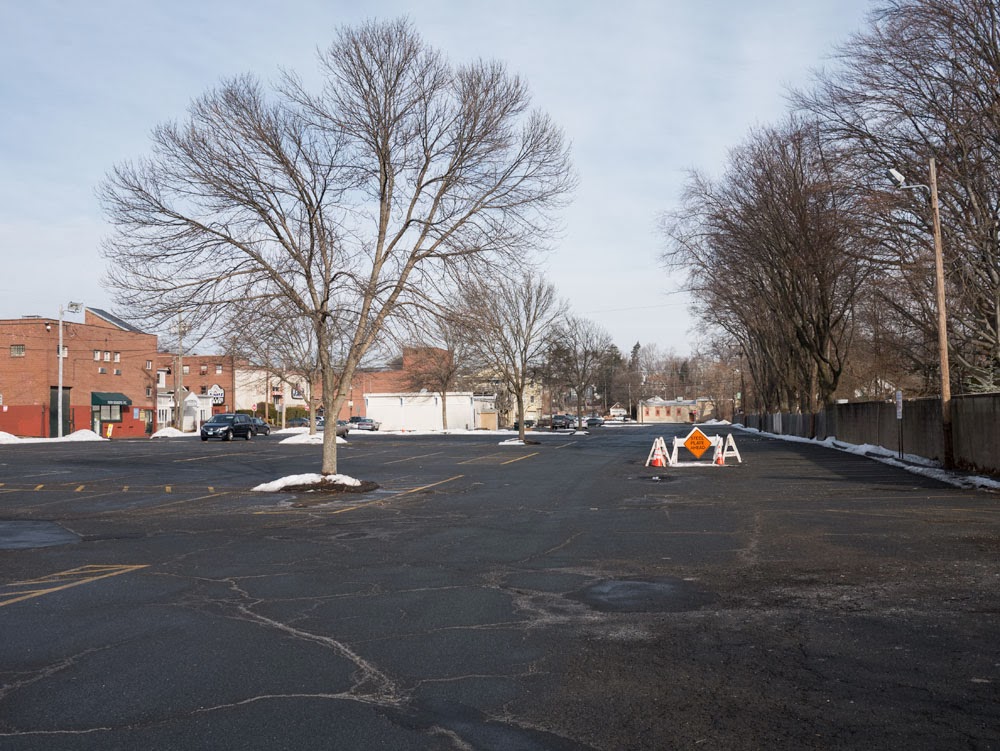 The East side of Main Street is lined with old, maybe turn of 19th/20th century, 2-4 story brick commercial buildings. Most of them are occupied and in quite good condition. The West side of the street has a fairly large park, some more modern (mid/late 20th century) convenience stores and a large library that looks to be of the same vintage, as well as a fairly modern block of commercial buildings that are almost completely vacant. Behind those older buildings that run for a good half mile along Main, there are enormous parking areas. I find back alleys interesting, but they are usually cramped and small. The similar-size city of Newberry, South Carolina, where I did a fairly long photo walkabout on my way through back in 2012, was laid out in a similar way, as were some other Southern towns I saw on that trip. The layout surprised me then, but even more so to see it here in Southern New England, where it strikes me as very unusual.
Posted by Carl Weese at 4:30 PM