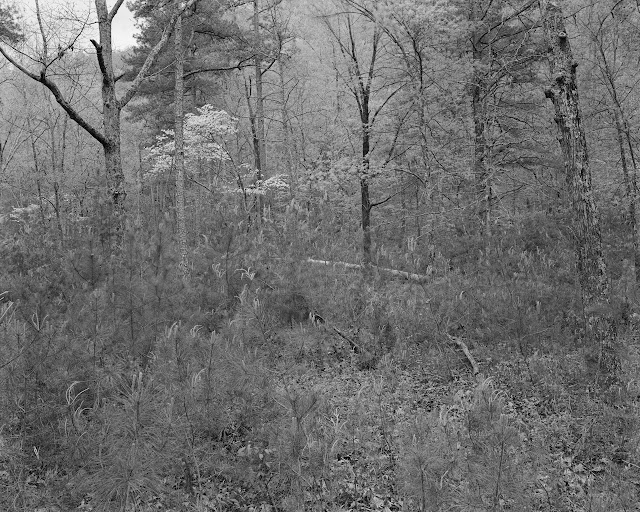 From Spring of 2005, down under the cliffs, by the Little River near the southern base of the canyon. I'd been to the National Preserve in February, (see post Jan. 12) and decided to return for Spring flowering. I managed to get in touch with the resident Ranger, who was enthusiastic about the idea and began sending me progress reports in March, complete with digital snapshots. I headed down in early April. This is one of many 8x10 and 717 pictures I made trying to capture the sense of the first burst of Spring. 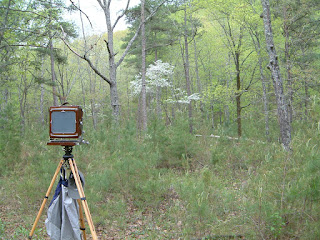 Record snapshot made with a pocket Fuji digicam. 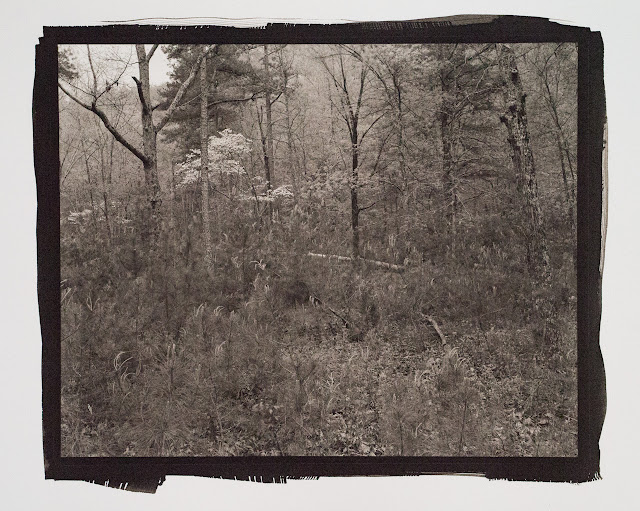 This is copied from a palladium print I made last week, working from a digital negative, printed on Fabriano Artistico Natural White.

Astonishing for me that the reproduction of the Pt/Pd print look so much more interesting than the "normal" print. So I guess you have done some darkroom work when creating the digital negative. Successful, I would guess.

Actually, within the limits of what you see in the copy photo of the print, this is what happens when a well-prepared file (scan or capture) is "translated" through my digital negative procedure and printed in palladium. The extraordinary ability of the Pt/Pd print to discriminate close value separations is important here. They are all there in the digital file, but they are emphasized by the nature of the palladium print.