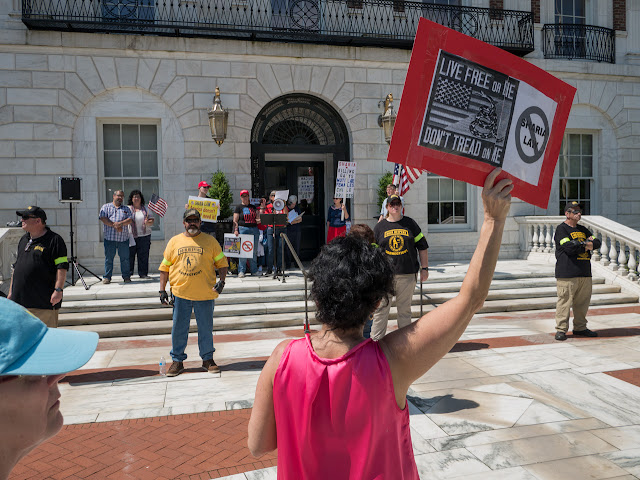 Today, June 10, an organization calling itself Act For America held rallies and demonstrations in at least thirty cities across the United States. One rally was in Waterbury, in front of the municipal building across from the county court buildings. Grand street was closed to vehicle traffic with a heavy police presence, crowd control fences, and ACLU legal watchers in blue vests. For an hour and a half or so there were 50-70 people in the crowd, not counting the speakers, organizers and "security" provided by Oath Keepers. The speeches were about the threat of Sharia law to American values. Mostly they conflated ISIS/ISIL-style extremism with mainstream Islam, though I only heard bits and pieces of the different presentations.

Meanwhile, next door on the grounds of the library, with similar police presence and crowd control fences, a counter demonstration with 2-3 times as many participants was taking place. 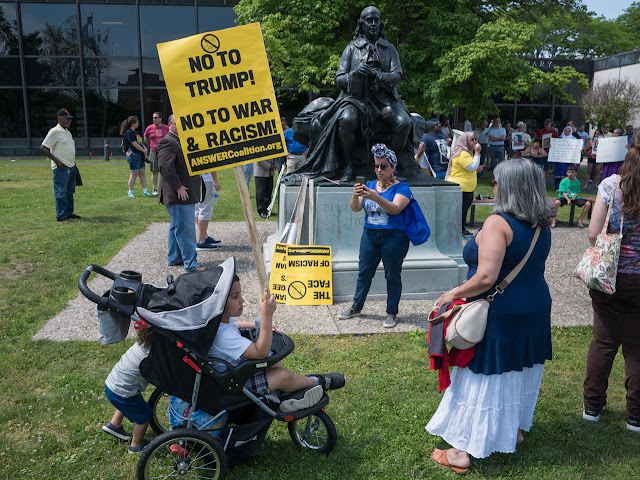 Speakers set up next to the statue of Ben Franklin, spoke of unity and love and brotherhood and cultivating action for social change. There were many signs, some printed by organizations but most home-made. 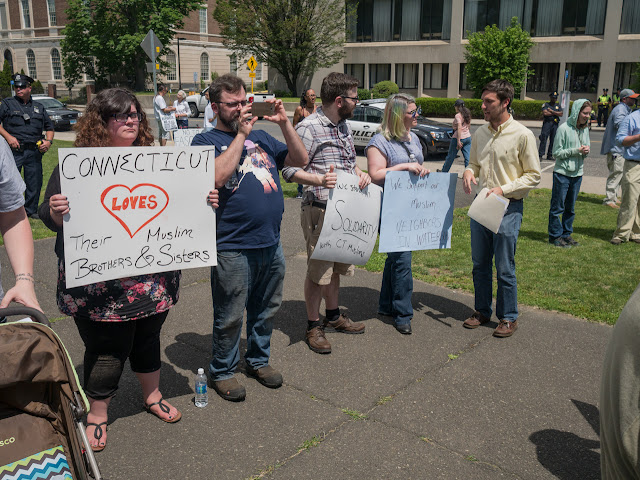 I'll have more tomorrow when I've had a chance to look closer at the whole take. Several interesting things happened, and there were a lot of signs to read.