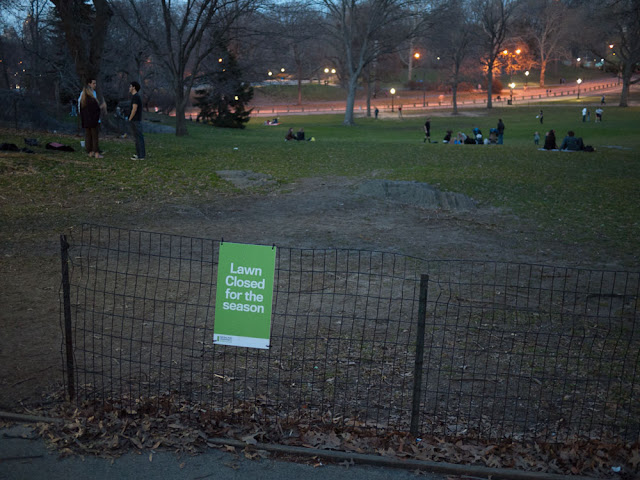 New York, New York
Temperatures soared in the New York Metro area yesterday. At 7:30 in the evening as dusk settled into night, groups of people in T-shirts and other summer clothes were scattered all around Central Park. Looks like the lawns were informally declared open for the new season.

Meanwhile, there are some pictures and a few thoughts about the AIPAD show in New York this weekend, over at The WPII Blog.
Posted by Carl Weese at 6:00 AM