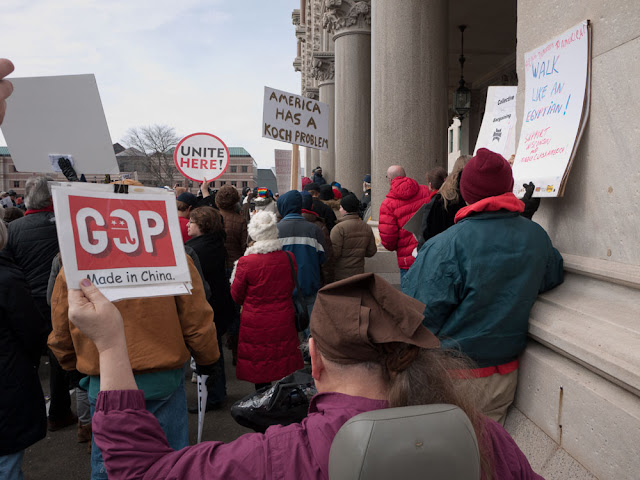 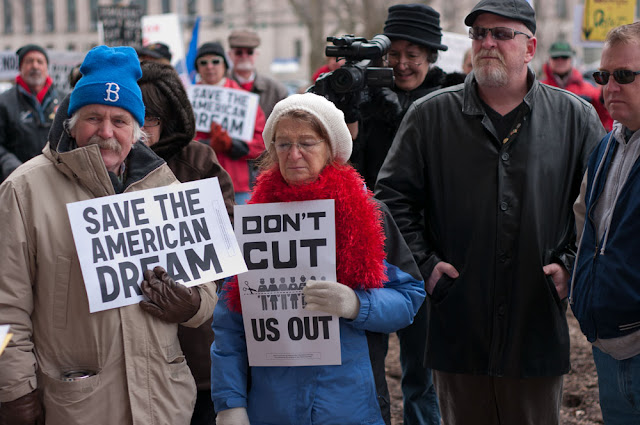 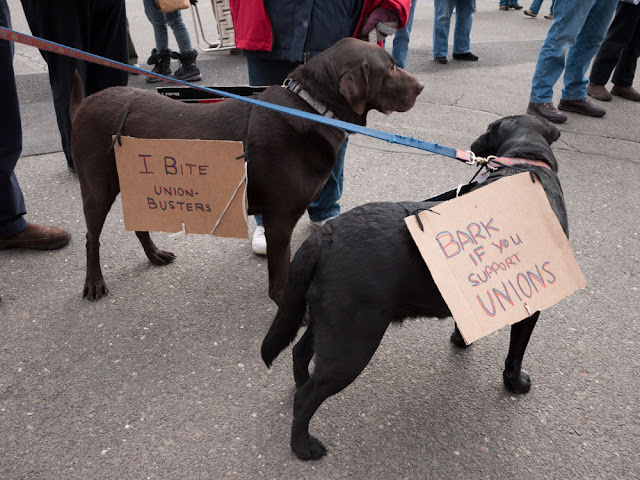 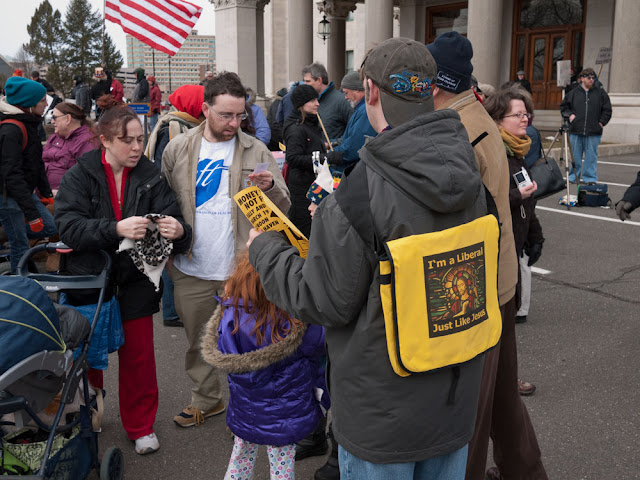 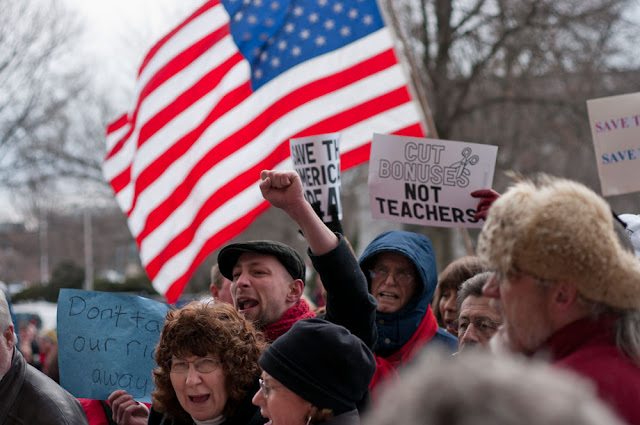 Terrific photos, Carl. You've captured both the discontent and the humor of these folk. I'm sure those dogs don't bite anyone.

sorry for the late post on this, but i was just reading about John Gutmann in the recent B&W mag. A '38 photo of his, "yes, Columbus dis discover " is of a sign that says..."Yes, Columbus did discover America! We have discovered the International Bankers have taken it Away from Us SAPS". 1938! I guess we have come a long way....

1938. Well, the Glass–Steagall Act came in 1932 but I think it phased in as a series of steps over time. The point was to regulate banking and prevent another Great Depression. Which it did, until Clinton and a Republican Congress effectively repealed the regulations in 1999. Then it took only about 8 years for the bankers/traders/HF-managers to loot the world economy. Right to the edge of a second Great Depression, averted so far only by a bailout of the thieves at the expense of the general population they robbed.

So now the right wants to further deregulate and shift all costs to the 99% who didn't benefit from the great ripoff. Guess we've come a long way full circle.