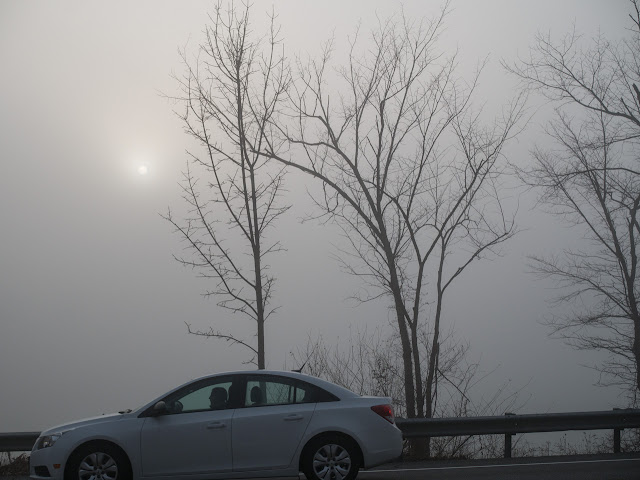 On the 11th of this month after a warm overnight, as predicted by weather forecasters there was heavy fog all around the Litchfield Hills of northwestern Connecticut. Winter fog just isn't something we ordinarily see around here, but the weather has been anything but ordinary. There was also a short period of time where the fog was just thick enough, and just thin enough, to see a clearly defined disk of the sun with a surrounding halo, all with a subject brightness range the digital sensor could handle. 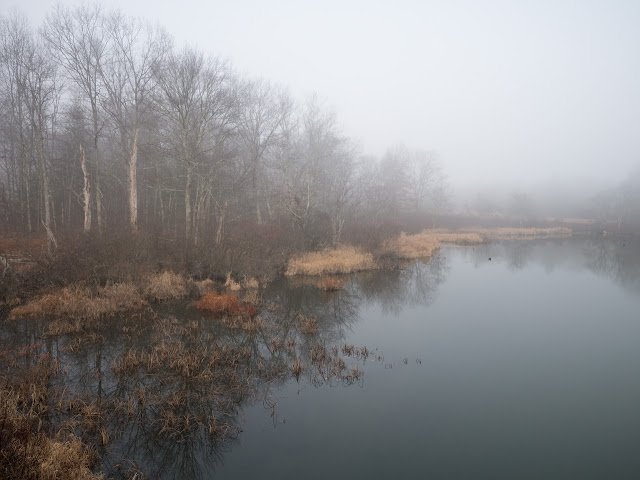 As the fog burned off, the light retained a sunrise-like glow much later into the morning than usual.

Mist over water - some of my favorite lighting. This post prompted me to look back in my files to December 2nd, when we had similar conditions. I have some images from that day, taken along the Delaware River in Bristol, PA, that I think I can work with.

I appreciate your discussion of scanning techniques with the V750. Hopefully, I can apply some of it to the V700 I bought early Spring, and have not yet used.

Lots more on scanning in this morning's post. I forget what the difference is between the 700 and 750 but I think most of what I'm describing should apply to the 700.