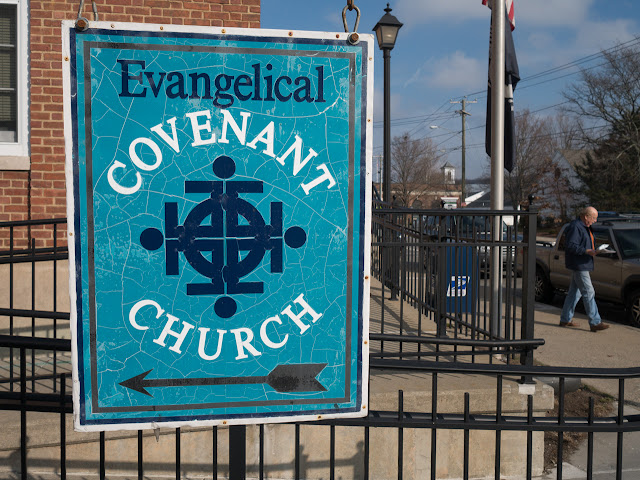 The sign is a little worse for wear. The cold light looks like winter, but it's so mild that people are dressed in light jackets and sweaters.

Back home, I've finally begun to experiment with using my digital negative system to try reimagining some of my older small format work as palladium prints. 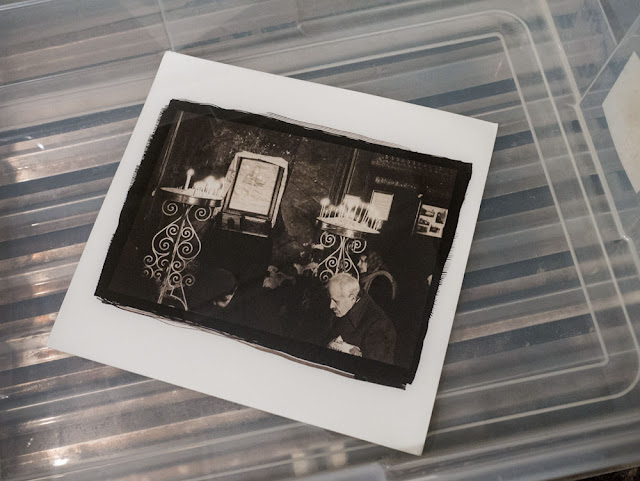 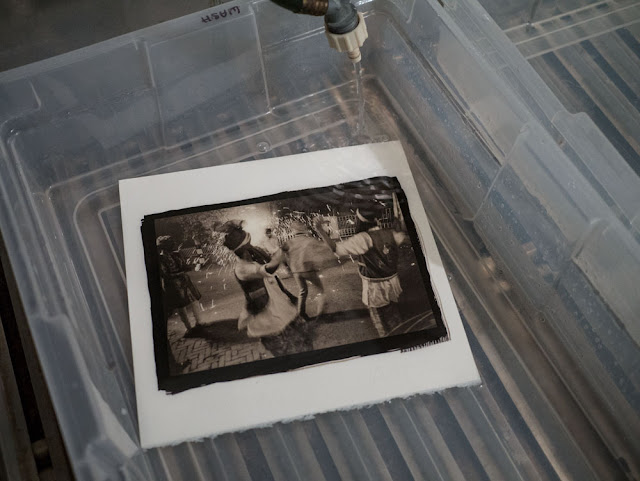 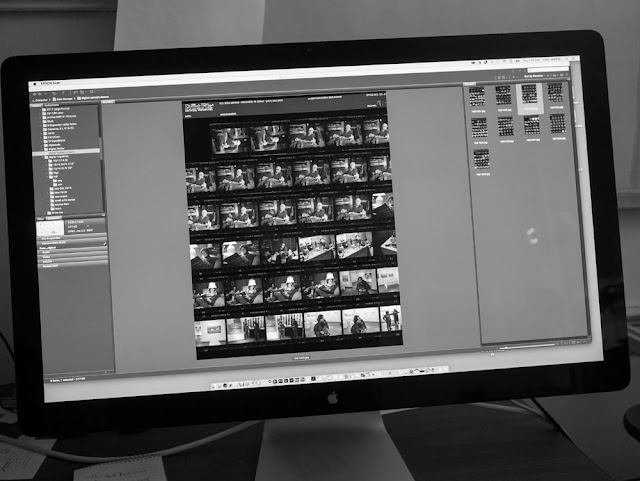 My negatives are carefully filed in archival boxes. The contact sheets, not so much. So I've been scanning hundreds of rolls of film to make "digital contacts." Since my scanner can only do transparent media to 8x10 inches the proofs get cropped at both ends of each strip, but the point is just to be able to locate the pictures, as in this roll from 1990, which starts with shots of my father at his house in New Jersey, then moves to preparations for the opening of a show of Tina's paintings at The Susan Isaacs Gallery in Wilmington, Delaware. 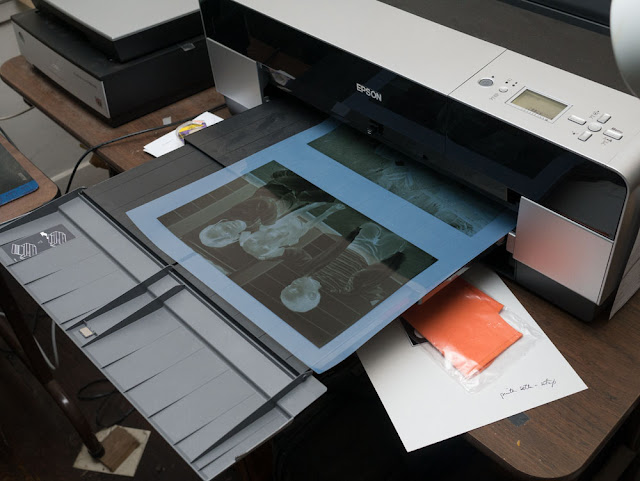 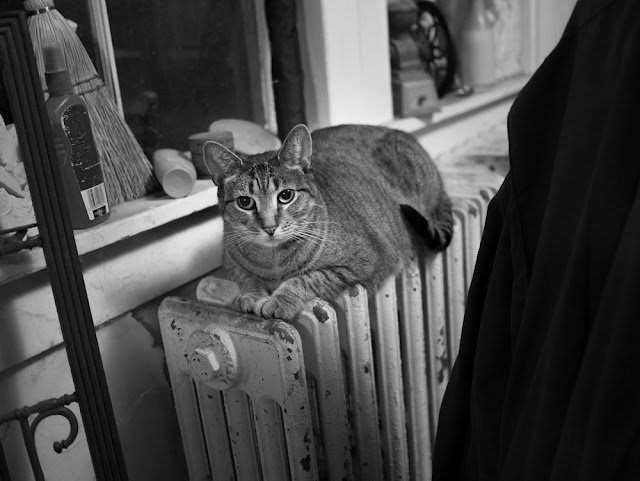 Meanwhile, the winter continues to be unusually mild, but still, it's December in New England, so at least some heat is needed, and Roxy has found the best seat in the house.