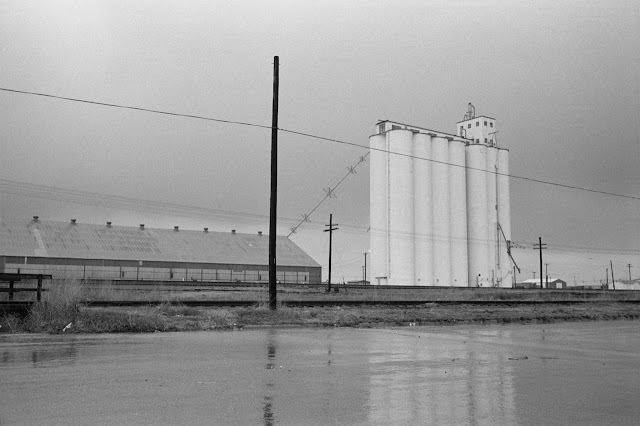 Where I live, on the western side of Connecticut, there are no horizons. Your view is to the next hill. To see a long, flat, horizon line, you'd need to drive down to the south shore and look out across Long Island Sound. So I was really struck by the immense horizon views out there on The Plains in 1992. Also, it was amazing to realize how far away the horizon, and objects seen against it, really was. The grain towers in particular stood out at a distance, and I couldn't believe how long it took to reach one, riding at 65 mph on two-lane state highways. 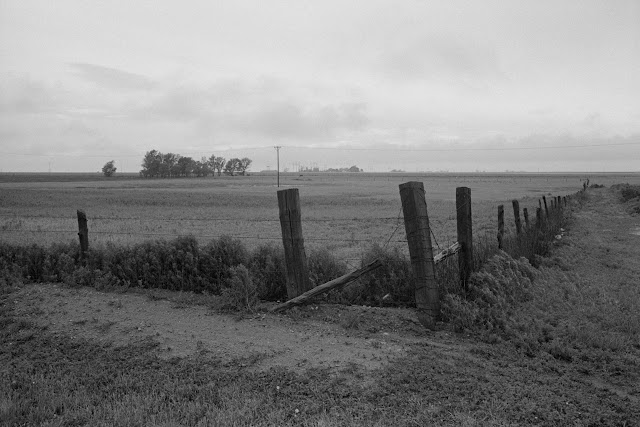 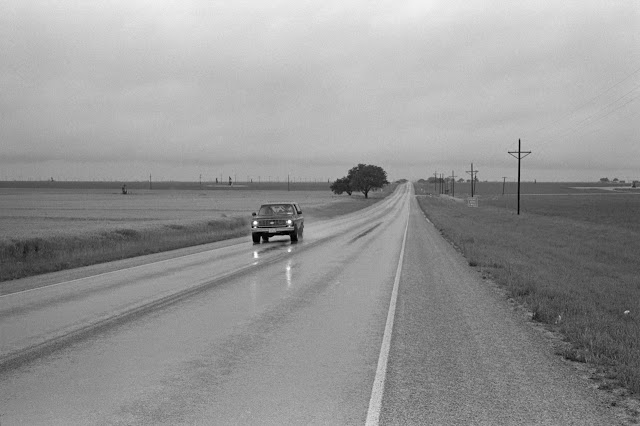 The long flat strips of cloud that look like a negative defect when scanning were also surprising. Don't see those back east, either. I've since gotten used to the look of big, flat, land from years later work on my drive-in theater project, which took me all over the country. But scanning these negatives and working on the results (also now in the process of printing them in palladium from digital negatives) reminded me how struck I was by the immensity of the Great Plains and High Plateau. 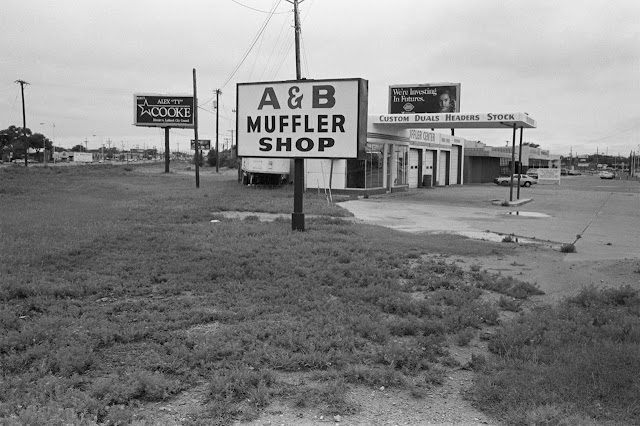 Even when the horizon isn't obvious, the sense of flatness on the High Plateau is palpable. Something I found again with the drive-in theaters project. Sometimes a broad view was needed to establish a theater's landscape setting. Other times, just a little bit of steep West Virginia hillside, or as here with the muffler shop, just enough sense of that totally flat horizon, is enough to establish regional location.

Also, if anyone is curious, here are copy shots of the cover and a couple of spreads from the hospital fundraiser brochure that took me out to Lubbock in the first place. 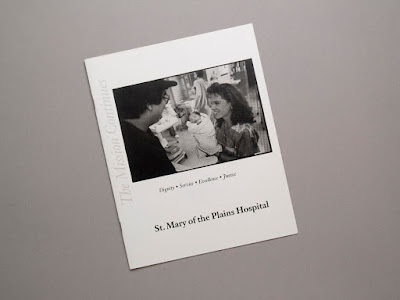 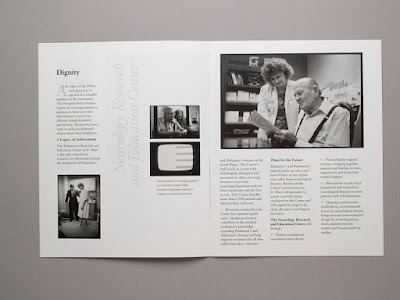 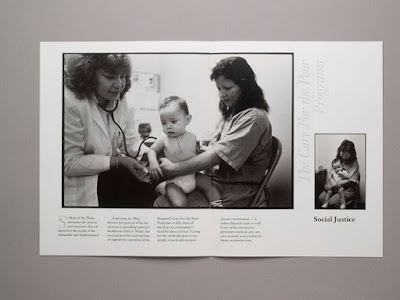 Lovely sense of place, something I care about a great deal. Reminds me of the two years we lived in Oklahoma. A friend and also recent arrival said, "this is not the end of the earth, but you can see it from here."