Still More from Save the American Dream, Hartford 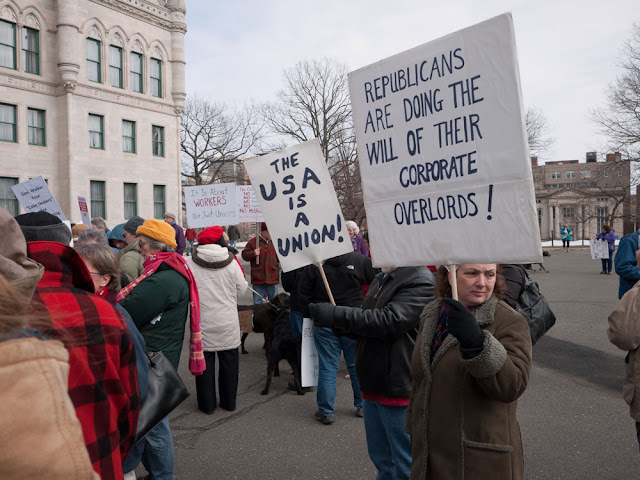 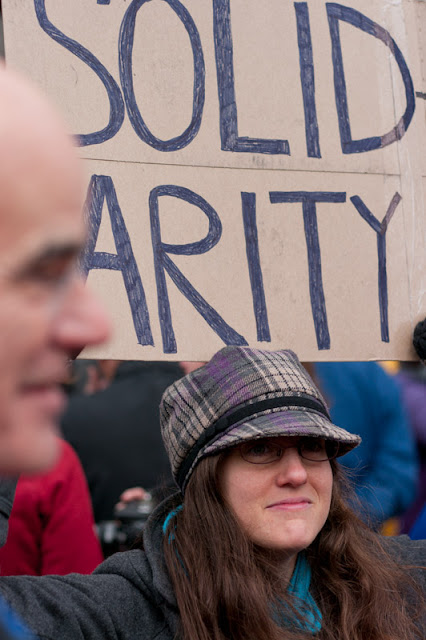 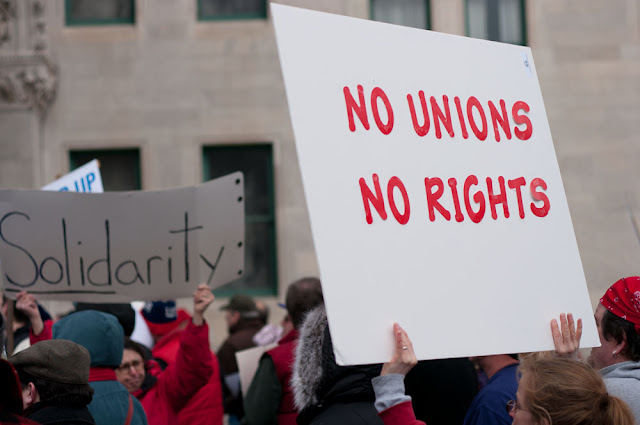 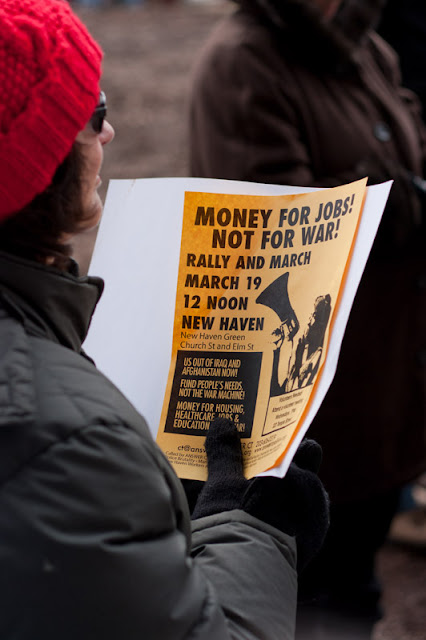 The Money for Jobs photo is pretty strong. And it looks like you dragged out your DSLR for the occasion.

Mostly, I avoid the narrow viewpoint of long lenses because I have a strong sense that (reference to 70s politics) "the significant detail, isn't."

But I still find long/tight pictures weak. They become textural, rather than visual, which brings up the very good question of whether I should just have used words instead.