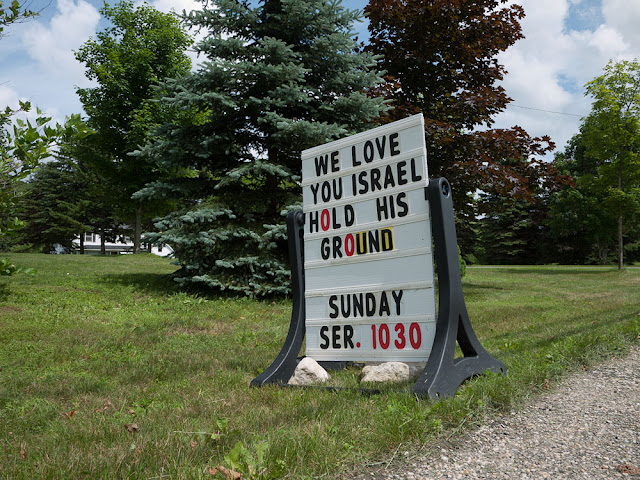 Carl, does that have to be understood as a political, zionistic statement of support for the current Israelic president, or is this more a religious expression, clinging to the hope of a holy land?

Markus, I have no idea, but suspect the worst. This is a Congregational church (the descendent of the New England original protestantism) and it is highly unusual for such a place to take on this sort of radical attitude. I doubt that they are thinking about the prime minister of Israel, but I'm certain that they've been talked into a set of beliefs (using the term carefully: the opposite of knowledge) about what's happening in the middle east. If only they would find out the actual facts of what is happening, they might be able to make more reasonable judgements, but the pastor won't like that either, will he?