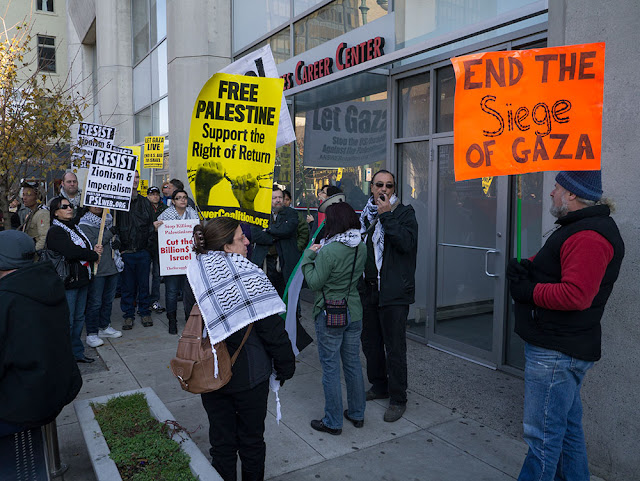 The Ruskin posts are interrupted by current events.

I went to New Haven today at noon, where a small, 50-60 people, group was protesting the events going on in Gaza. They are part of a much larger movement that was going on world-wide today. The police didn't bother them at all, to the extent that they must have been watching from a distance, because I've never seen such low police presence during an "event". The demonstrators marched to the armed forces recruiting center, a few blocks away from where they had assembled. They made their point there as seen in this picture, then returned to the original meeting point in front of the State Court Building.
Posted by Carl Weese at 8:38 PM

Well, except that I didn't post it there because literally no one would see it. WPII is, I still think, a good idea, but it's moribund for now, so I put this post at the main blog.

But big thanks for noticing.