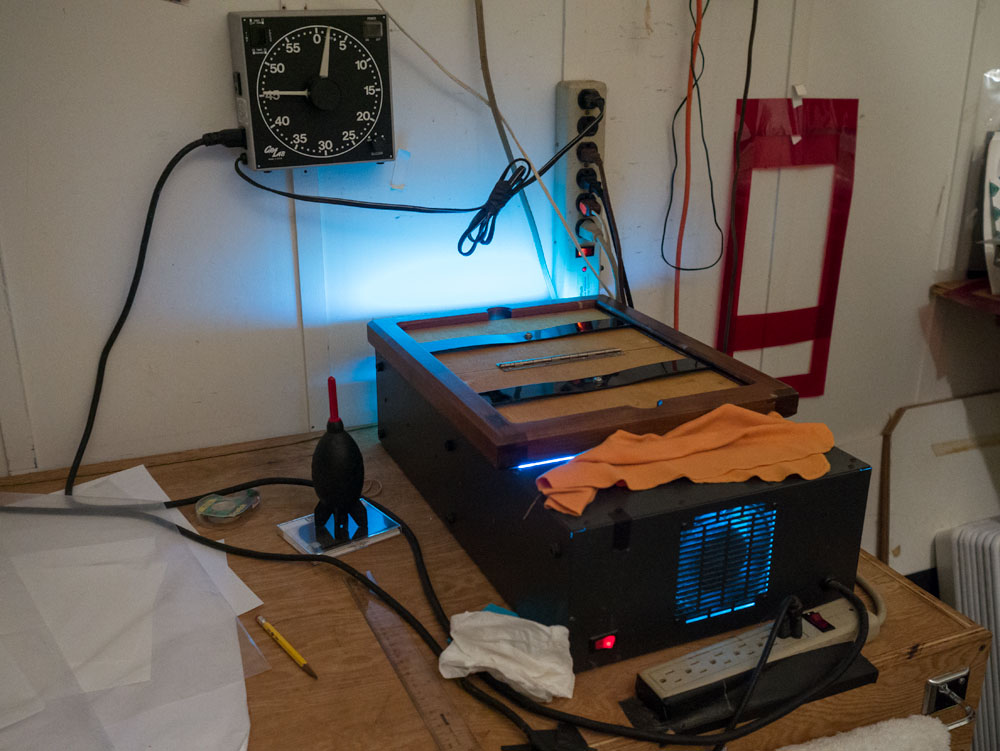 Midpoint in two ways—the print of The Church on the small UV unit is just over halfway through its four minute exposure, and today's set of prints got me almost to half the 115 needed for the TOP Platinum print sale orders. The materials, and the digital negatives, are tracking flawlessly as the printing moves to newly-mixed batches of ferric and metals solutions. Not only have I not needed to move even to the first set of back-up negatives, but I'm seeing essentially no need for retouching. Earlier versions of Platine had the annoying (that's being kind) tendency to throw random dark specks once the print was made. You might or might not be able to etch them out successfully. So far I've seen none of that. There's also no dust. I think there are two reasons for that. First, my new dehumidifier throws an enormous volume of air, and, it is filtered! I don't think the lab has ever been as dust-free as it became after running the dehumidifier/air-filter for a couple days. Also, I think the OHP material is less static-prone than real film. I'm forever inspecting and working with an anti-static brush to get big film negatives pristine for each print. So far, for these, I've done nothing but blasts of air from the cutely-named Rocket Blower® at both sides of the negative before placing it on the sheet of paper and loading the assembly into the print frame. 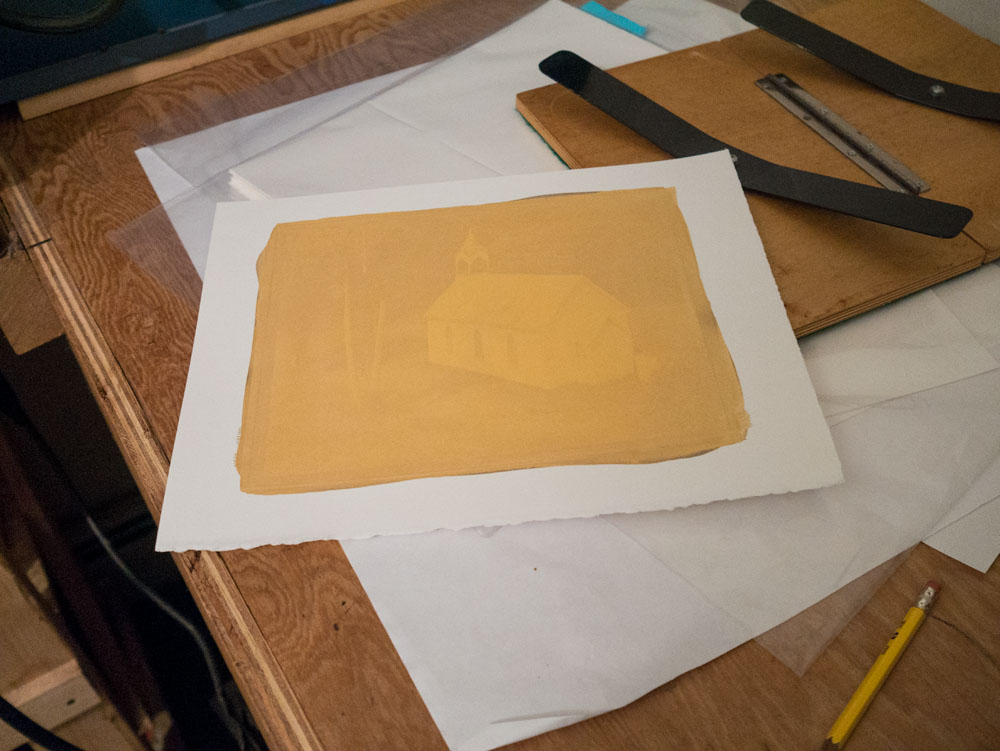 Here's another look at what the exposed but undeveloped Pt/Pd print looks like. The large, bold, form of the church in this picture, with its surround of relatively dark material, makes it easy to see the ghost of the image that will emerge almost completely in a few seconds when you pour on the developer.
Posted by Carl Weese at 5:03 PM

Email ThisBlogThis!Share to TwitterShare to FacebookShare to Pinterest
Labels: behind the scenes, platinum/palladium, Print Offer