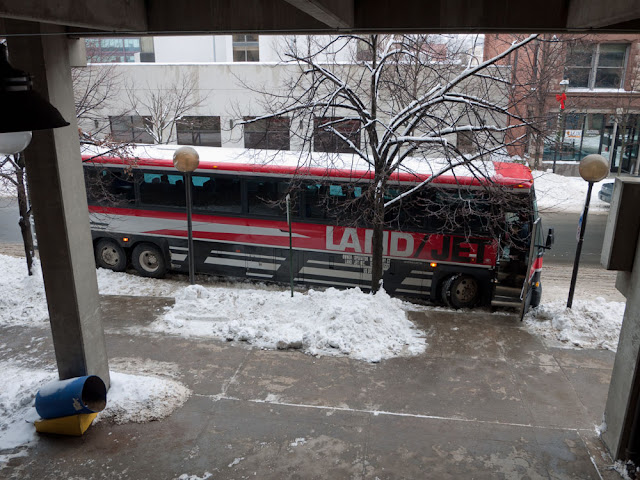 Waterbury, Connecticut
Posted by Carl Weese at 7:01 AM

Carl, you've got me wondering...

Could this be another category of 'street photography', where the subject/purpose is not the image but the words?

The photograph serves as a means of presenting those words, much as a meal is served on a plate.

My own post today also fits in this category.

Tyler, I agree this may be seen as a discrete category of 'street photography'. But I don't see the photograph as merely the plate holding the meal. More that the text is an integral part of the picture. A side effect is that a viewer would need to understand the text (not have it in an unknown language) for the picture to work.

By coincidence I was just talking with Bill Pierce, who mentioned that he is doing text-based, two-dimensional, pictures at the moment—graffiti, signs, etc.

Understanding the text is an important aspect, as you say.

There's a further category of 'street photography' or perhaps 'travel photography', if we are using categories, that relies on the photographer and the supposed audience NOT understanding the text in the image. Some Chinese calligraphy, say, treated as an entirely decorative item - exoticism - with no knowledge of how the image will strike those who CAN decipher the content. It may be unintentionally comical or mundane, an irritatingly partial fragment ("with Liberty and Justice for"), whatever.

I guess a graffiti tag has a non-decorative layer of meaning and consequence too, that may be opaque to the photographer, or to a particular viewer.

Richard, that's a good point, including how graffiti tags can have the mystery of a foreign language. In fact, look at this posting of mine at The Public Eye Blog on New Years Day:

Not intending to denigrate the value of a photograph (or the plate). However, in photographs where the primary subject is words, I ask myself if the value of the words is enhanced by the photograph, or could they stand alone as text on plain paper?

Of course, the photograph generally provides context for the words, though that can sometimes act more like background noise.

I must admit to a bias against words in pictures. The vast majority of viewers will read any words and move on—skipping all the visual elements. One more reason why I enjoy working in non-English countries.

test standing alone? See Walker Evans' Polaroids. Text is used a graphics and missing pieces to a larger whole. As an integral part of the photo, see Strand's "Blind Woman". Text is used as a statement of fact. Does it enhance the portrait or bring the portrait into a more social, judgmental (not unlike Strand) context? I think that is a viewer's choice; as in all photographs; what was intended versus what is seen. Or perhaps, it is just a question asked. Carl's photograph, "Land/Jet" is both ambiguous and I think humorous. Ambiguous because the "N" is missing. Land? Laid (farfetched, but possible)? Humorous because what is a "land jet?" I also like that the color of the word 'jet' is the same as the tree, which is the foreground. Text, I think, makes the viewer more aware of what they are seeing. You can't respond to a photograph with text with a simple, "...damn, look at that tree!". It forces one to engage the mind as well as the emotion.

Lyle, humor is certainly part of it. I'd noticed these "LandJet" buses and thought the name was funny in the sense of displaying clueless overweening pretension—sort of like some politicians—but hadn't seen a picture. Then I was on the staircase of this parking garage, having made some shots from the roof to get an overview of the downtown, and there was this scene, presenting itself. I think some text may make it easier to inject an element of humor into a photograph. Not essential, but helpful.