Wisconsin, We Are One 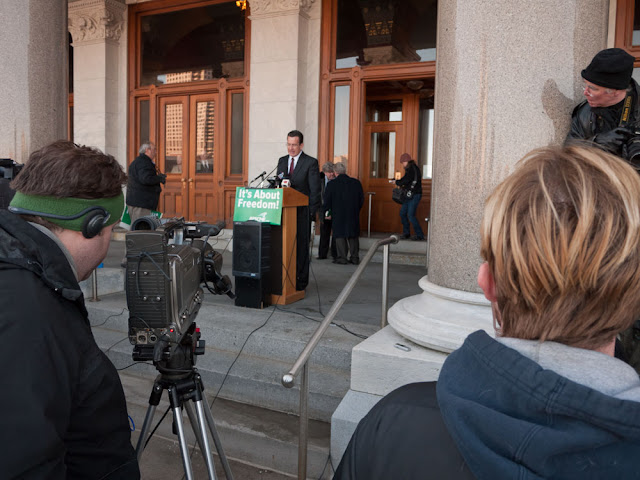 Hartford, Connecticut
Yesterday at noon, a large crowd assembled for a solidarity rally for Wisconsin's union workers at the Connecticut state Capital building. I have no training to do crowd estimates, but it was a lot of people, quite a few more than assembled in the same place for an astroturf "Tea Party" rally that I photographed last year. In stark contrast to Wisconsin and some other states involved in union busting under the cover of budget problems, the first person to address the crowd at Hartford was the state's newly elected Democratic governor (picture above).

Having been in this same place for a Tea Party rally, the thing that struck me most was that a number of speakers addressed the assembled people, each quite briefly, and the whole thing was done in about an hour. With no lies. The Tea Party rally had gone on for well over two hours.

Amazing contrast. Perhaps speaking the truth doesn't take as much time as lying. 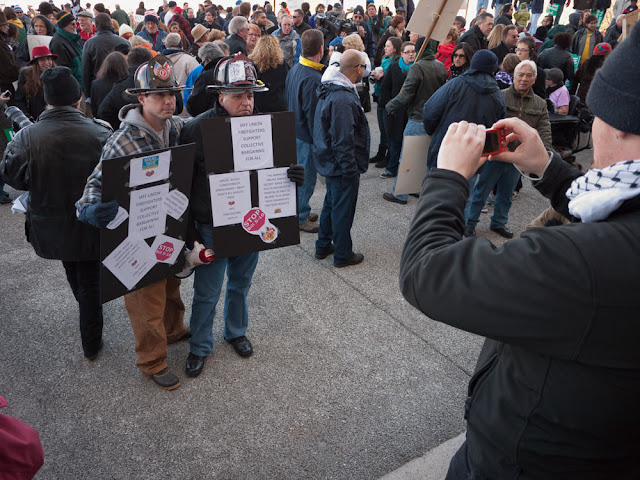 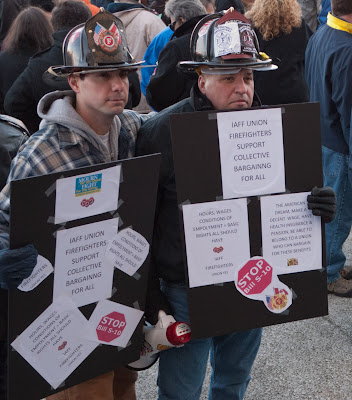