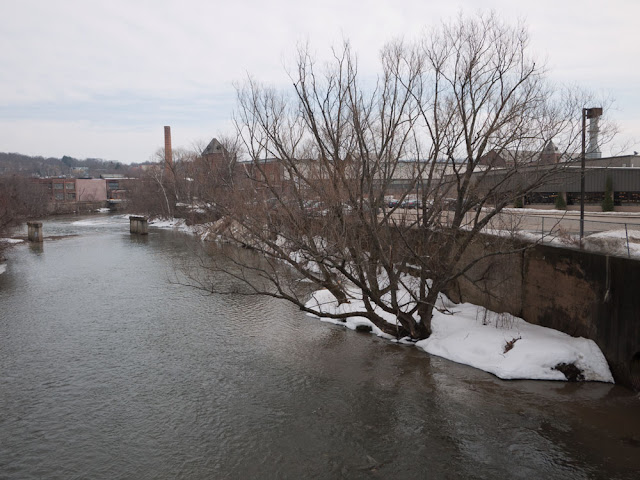 Waterbury, Connecticut
This is the Naugatuck River, winding its way through Waterbury, CT. I find winter to be a bit frustrating, photographically. It's not simply that it's difficult getting around in the cold, ice, and snow—getting around in summertime hot muggy weather can be at least as annoying—but I really don't like the light during the southern New England winter season. Even full sunshine seems weak and watery, while overcast (which I like better than sun anyway) tends to be dull and flat, without the luminosity so common to summer overcast days. For some reason this past Friday was an exception. There was a thin layer of cloud in the sky and the light, while weak, took on just a little bit of a glow that delineated shapes quite nicely and made a view into the distance ("atmospheric recession") quite palpable. There was also a distinctly pink cast to the clouds in the early afternoon, which was probably the result of an unhealthy atmospheric inversion.
Posted by Carl Weese at 3:50 PM