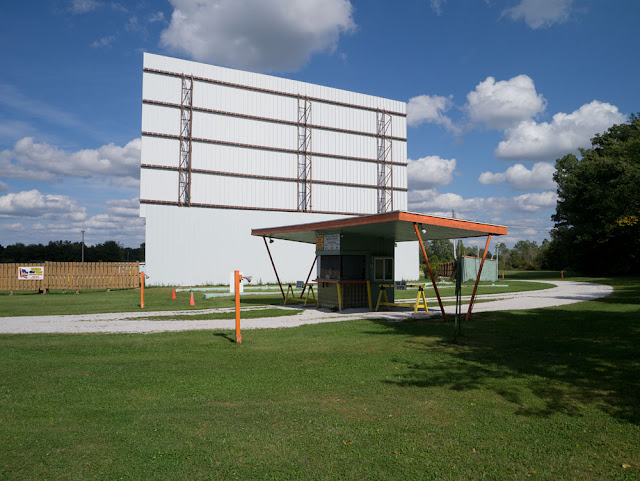 After making a 7x17 negative and some digital captures at the Kenosha, north of Chicago, I hit the toll roads to get past the city before rush hour. At about four o'clock the 49'er DI in Valpariso was in nice light with a sky that seemed very mid-western to me. Even in a relatively narrow view you sense the breadth and flatness of the land. 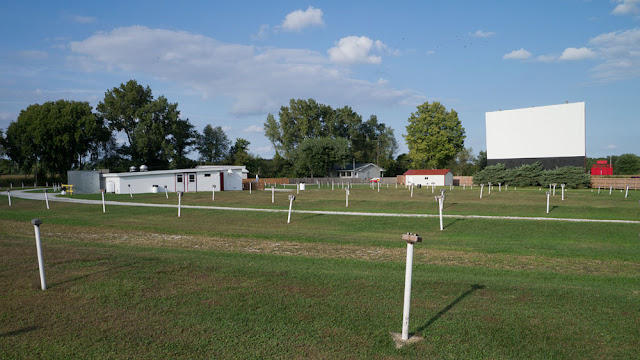 By five-thirty I'd reached The Melody Drive-in, a meticulously maintained theater that again goes all the way back to 1949. The owner is second generation, having bought the theater from his father.  The western sky was completely overcast when I arrived. The owner and I wandered around the lot, talking about the theater's history as I worked out potential camera positions. Suddenly the sun popped out. I ran for the car and set up for both 8x10 and 7x17 b&w negatives, along with digital captures. 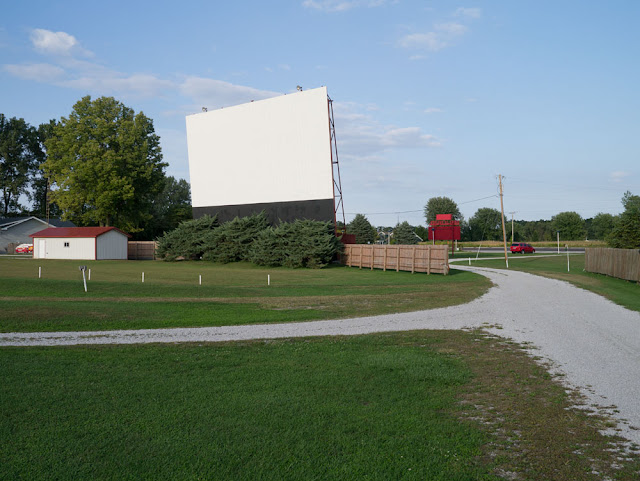 This is a tourist area, with several lakes and numerous resorts that draw enough people during the summer season that two drive-in theaters with a total of six screens find plenty of customers.
Posted by Carl Weese at 4:00 PM