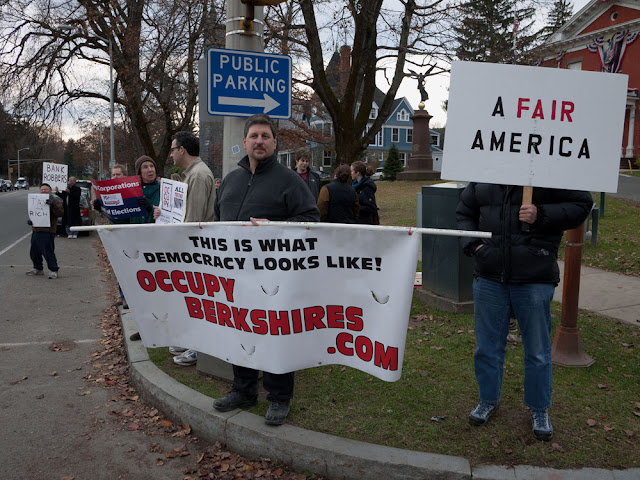 A bit wordy for a protest sign, that doesn't have quite the ring of "We are the 99%," but the enthusiastic group in front of town hall at Great Barrington this afternoon was making their point. "Tax the rich" is brief and to the point though. The town, which not that long ago was quite blighted, has recently undergone a lot of gentrification, which mixes somewhat uneasily with a long tradition of old-fashioned Hippie culture in the area. The group got a lot of affirmation from passing motorists, including quite a few of the upscale shoppers driving distinctly 1%-ish cars. 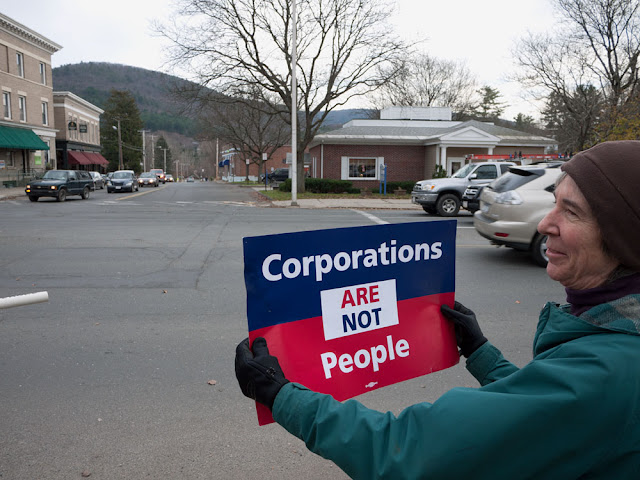 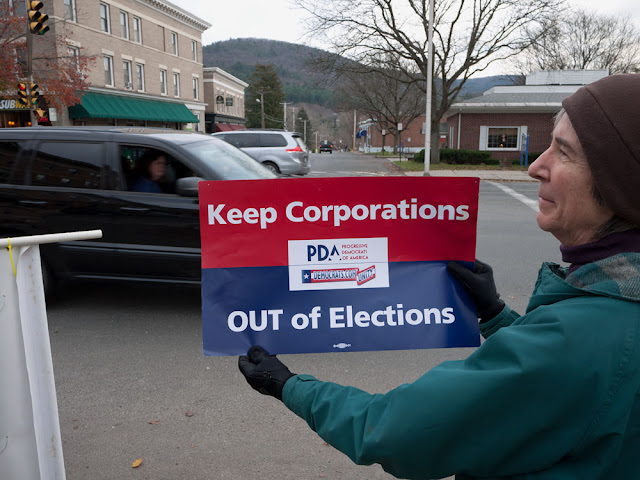 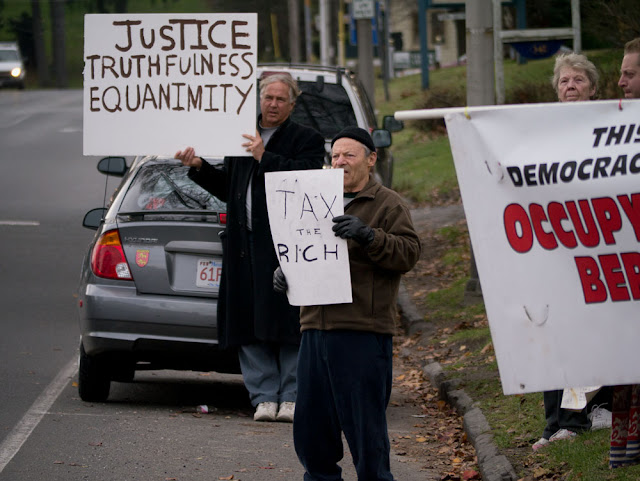 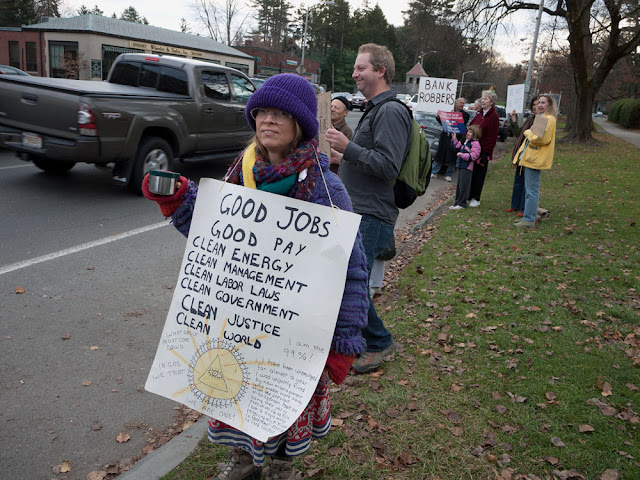 Well, "Justice Truthfulness Equanimity" is one syllable shorter than "Liberté, égalité, fraternité", so I think it's short enough for a slogan.