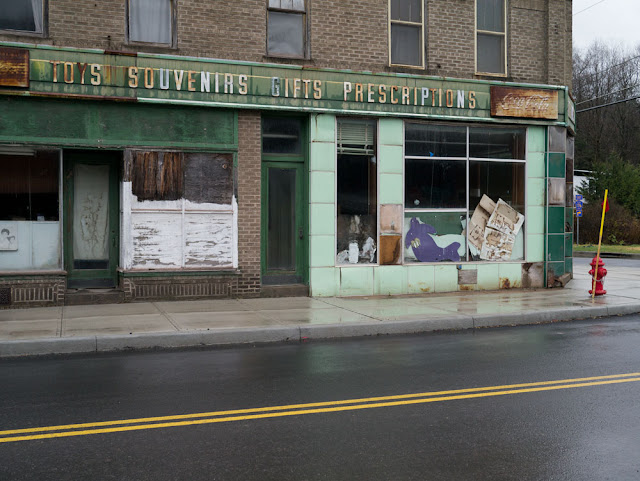 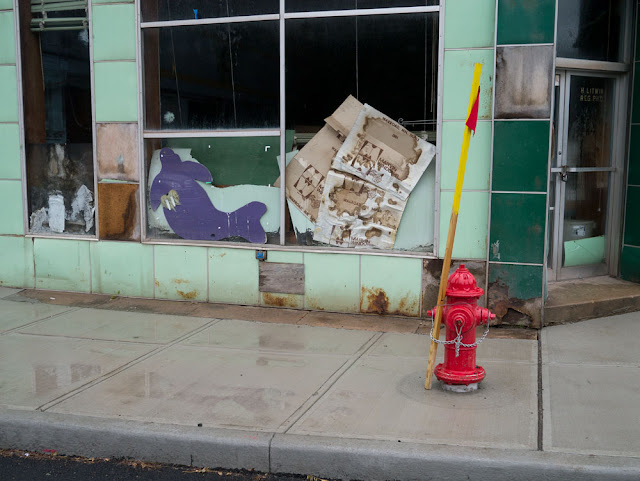 Parksville, New York
Posted by Carl Weese at 6:00 AM

I was intrigued by this picture as I am about most small towns in America. First, the red flag on the pole attached to the fire hydrant is to make it visible when it’s buried in snow. Second, the fire hydrant has been moved as shown by this picture.
http://medicine-directory.net/_cache/Drugstore/img/Druggist_0.jpg
It also appears that the sidewalk outside the drug store is new which seems strange for such an apparently abandoned place. I found this proposal from the New York State Department of Transportation.
http://parksvilleny.org/DOT_PARKSVILLE_2011.pdf
Note the picture on page seven that puts the drug store in context as well as the planned 30-40 space parking lot on page six.