At Liberty to Print 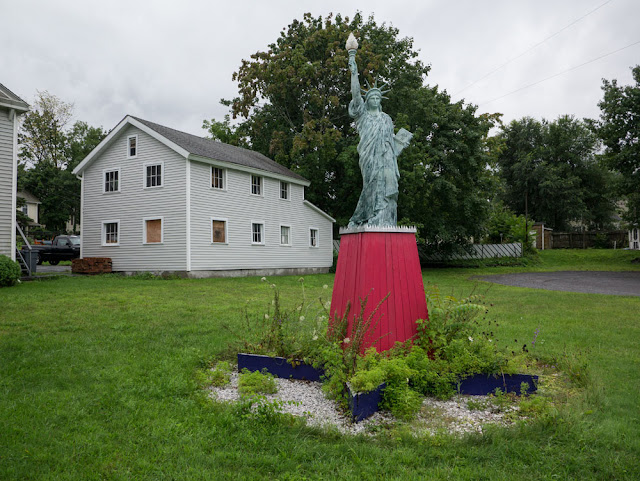 After getting the printer up and running on Friday and outputting a couple perfect looking prints on a matte cotton paper, I switched to a 'satin' (requires photo black ink) paper to print a couple recent pictures. But something was wrong with the prints. I realized that the #1 "ink" in the 12-cartridge HP set, the Gloss Enhancer, wasn't working. The image area showed bronzing of dark values, partial reversals of middle values, an actual bit of relief visible from different thicknesses of ink—all the stuff the GE fixes.

At first I thought it was a software problem since the printer was not complaining about the E-G printhead (there are six double heads in the carriage) and it had worked fine for matte prints which don't use GE. Even with help from a friendly online forum I couldn't find the problem until finally the printer did complain about the E-G head. It demanded the head be reseated. When the machine decides a head is no good, it tells you to replace, not reseat it. So then I went into a feedback loop, half a dozen cycles of following the procedure to remove and replace the head, followed by the printer asking why I hadn't completed the head replacement procedure, which of course it hadn't asked for. Finally it accepted the reseated head and launched on a print system prep procedure, followed by printing an auto alignment check. Then, I ran a calibration and profile for the satin paper loaded in the printer, but there were still problems. 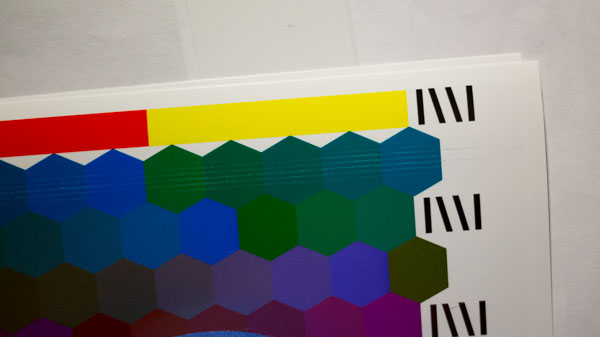 I tried a print with a pair of actual pictures, and had the same problems. There were smears of gray ink where there should have only been empty border, and near the leading edge of the printed area, off and on sets of half a dozen thin stripes. For some reason, this reminded me a little of a problem I'd had with the original E-G head. I was getting a dark leading edge on prints, gloss media only. It turned out that the gray ink was crossing and contaminating the gloss enhancer and a brand new head was required. I figured—hoped, actually—that this E-G head was bad, too, even though the printer's diagnostics were accepting it. 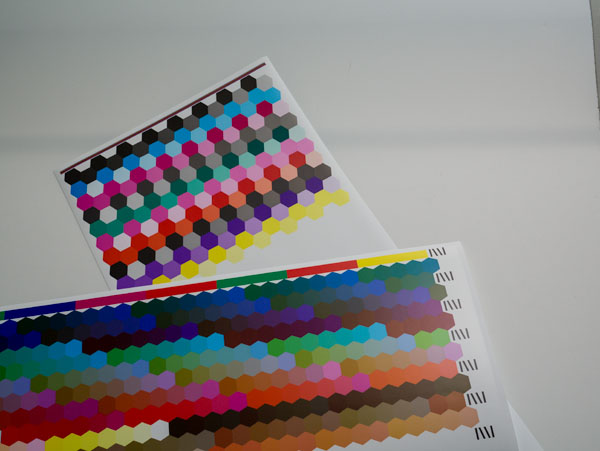 So I ordered a new printhead yesterday and it arrived this afternoon. To my great relief, there are no lines, streaks, or smears on the alignment check, the calibration test, or the profiling output. So next, I output the pair of prints that had looked all wrong when I printed them on satin paper back on Saturday. 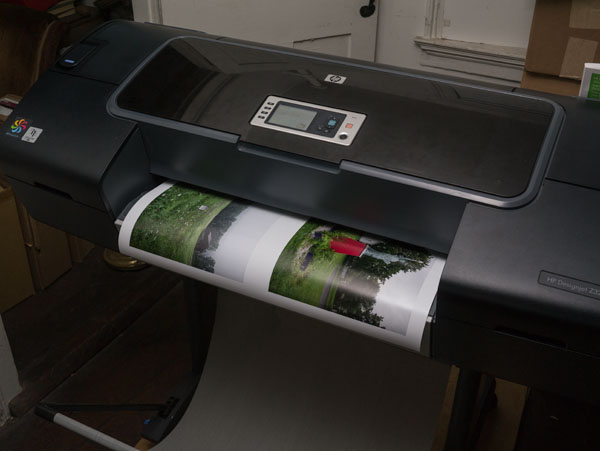 Reminds me of my 3800 adventures. But with a better outcome.