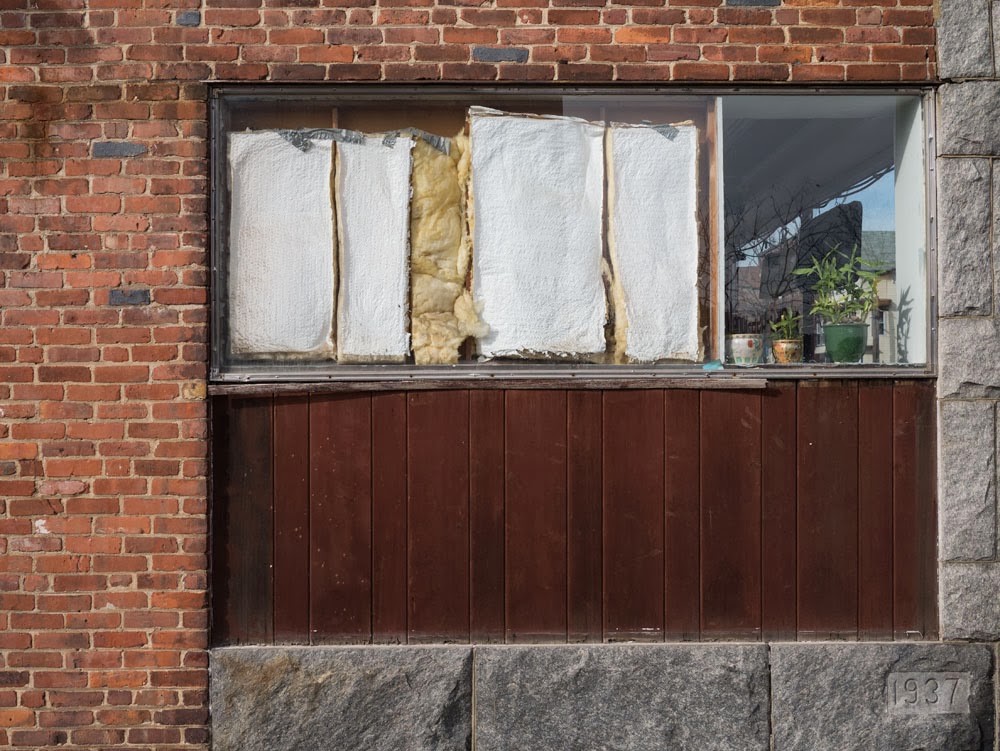 You have to wonder how many businesses have occupied this storefront in the past nearly eighty years.

Willimantic is a village within the town of Windham—which only makes sense in the weird deep-time demographics of New England. This 'village' has a larger downtown than some Connecticut municipalities incorporated as cities, while the larger entity of Windham has no discernible downtown, or town. Just confirmed this calling up a hybrid/satellite map. Some of its 19th Century manufacturing complexes have been turned into historical sites, others into condos, and others are deteriorating and being pulled down. This former industrial area—not the associated town, just the manufacturing campus—(I'm sure they didn't use that term back then) would dwarf the town center of most suburban Connecticut bedroom communities.
Posted by Carl Weese at 5:14 PM