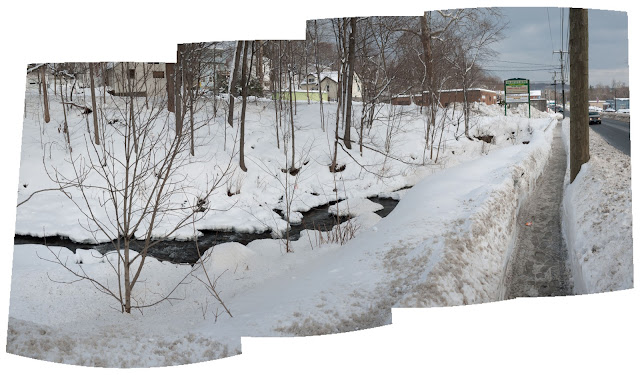 Naugatuck, Connecticut
Out in the countryside the snow, despite the nuisance, is really pretty. But in town it turns into a nasty mess very quickly.

Also, over at my web site, I've added two "new" links at my page of online galleries. One is to a set of photographs from the small town of Lenni, in southeastern Pennsylvania, made back in 1974. The other gallery has color photographs made at a carnival that traveled New England and rural New York state, back in the 1980s.

For those curious about technical details, Lenni was shot with Nikon F2 and Leica M4 cameras with Leitz and Nikkor lenses ranging from 28mm to 200mm, on Tri-X film. These files were scanned directly from the negatives, then adjusted to resemble as closely as possible on screen a set of vintage prints from 1974. The Carnival Color series was shot on Kodachrome 64 using a Nikon F3 and 24mm f/2 Nikkor lens. Shooting relatively slow color transparency film at night required, in most cases, fill flash. Because most of the ambient white light was fluorescent, most of the pictures were made with a corrective magenta filter on the lens (reducing the effective film speed to ISO 25) and a complementary green filter-pack on the flash. The digital prints I can make from these files today are vastly superior to "vintage" C-prints made from 4x5" internegatives. 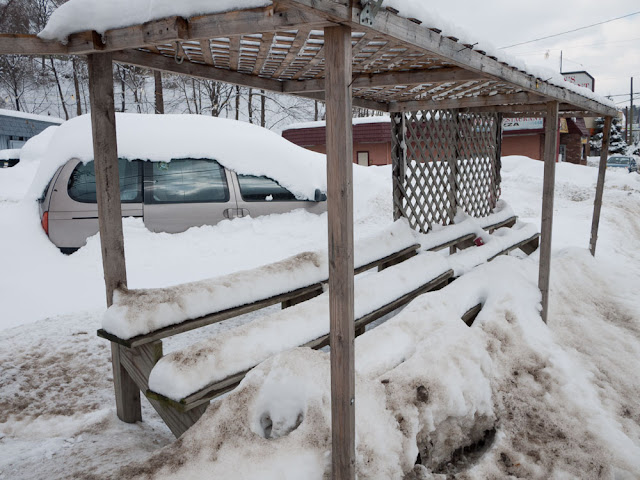 Regarding the new color prints, did you scan the slides directly this time? Or are you still working from the internegs? I know in the past you've mentioned you think c-prints look watery.

Dennis, directly from the chromes. The purpose of the interneg was to retain a much longer tonal scale than direct reversal prints could manage, but color quality suffered, especially the reds, which are really important to this set. A not-that-impressive slide scanner was able to dig out every bit as much tonal range, with much better color. The color really retains the "signature" of Kodachrome with excellent resolution in app. 11x14 inch prints.

The Lenni, PA, set is impressive Carl. Due to the long time passed since then, they have grown in meaning additionally to their photographical qualities. And I was astonished about the number of kids pictures and the vivacity you captured. The richness of the Tri-X is amazing, well maintained into digital realm.

Thanks, Markus. As you might guess, this was done slowly, on many days, over a period of months. People had plenty of time to get used to me. Still, I suspect the free access to work with the children would be just about impossible to repeat in today's paranoid atmosphere.