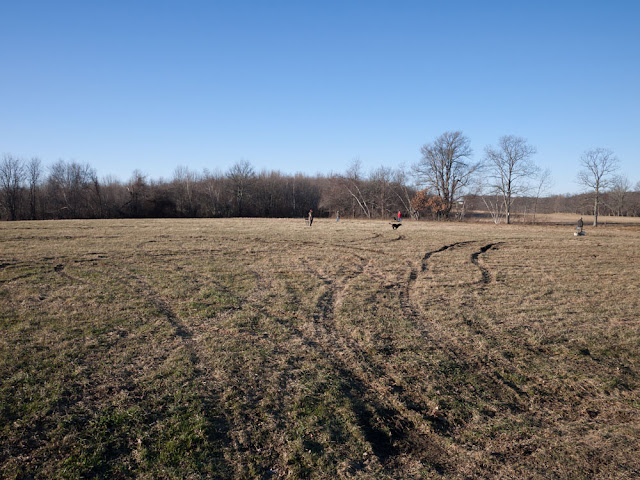 Roxbury, Connecticut
Yesterday afternoon I was looking around for some more winter light material. The sky was completely bald and boring, but the sun was utterly clear and unusually intense for winter. One of the places I went was a small park, large fields of a former dairy farm now open for public use. There are also some pretty nice views of the surrounding hilly terrain since this bit of land is a drumlin with views pretty much 360° around, except as blocked by trees. This is typical of western Connecticut terrain, not especially unusual, but it's open to the public. I'm used to seeing maybe one car parked as someone goes for a run or a walk, but yesterday the place was almost crowded with cars and pickup trucks. It took me a moment to figure out what was going on, but there was some sort of competition or field trial for retriever dogs taking place.

The dogs were retrieving "ducks" that looked awfully unconvincing to me, but from the preparations I observed the recognition is all about smell.
Posted by Carl Weese at 6:00 AM