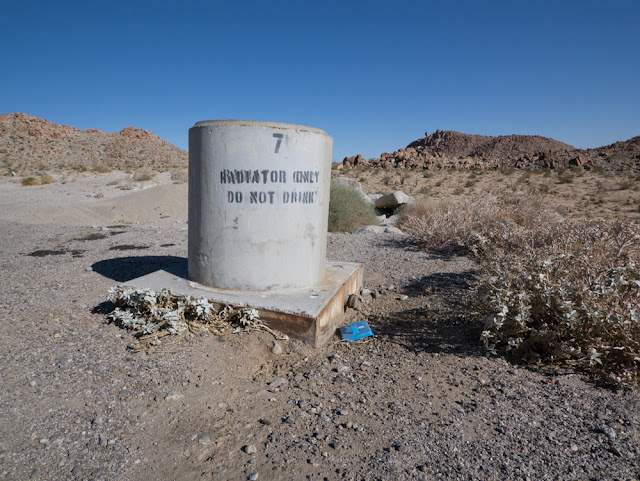 Moving from Imperial Valley to the west, the terrain and the roads are interesting. Wind warnings abound, but I didn't think it was anywhere near as bad as Kansas. There's a ridge of mountains to cross, and the highway signs advise you to turn off your AC for "the next ten miles." Well, that wasn't such a bad idea. I punched my car's computer readout to engine temperature, and with the AC off but driving up the inclines, I saw the highest readings ever. 179° is normal. It got to 199° before the road crested the ridge and started to descend. I wondered how long these radiator water cisterns have been here. In a modern car, putting whatever water might be there into the radiator would probably do more damage than letting it overheat.
Posted by Carl Weese at 12:03 AM

Email ThisBlogThis!Share to TwitterShare to FacebookShare to Pinterest
Labels: behind the scenes, rural scene