The Road is not Always Smooth

Thanks to everyone who pointed out the drive-in anniversary today. I was slow to catch up with the news because I had no WiFi this morning. Yesterday was a logistical nightmare. It started off well enough, in Amarillo where I'd finished with a DI the day before. I headed south and shot theaters at Lubbock and Lamesa, then at Midland where I had a terrific interview with the manager. But I also learned that because of the oil boom there wasn't anything like a room available in Midland. After the interview and a hundred mile drive in the evening to Hobbs, New Mexico, there still weren't any rooms available at decent motels: oil boom business still. I finally got a third floor walk-up at a ratty old hotel, not fun with my equipment cases at the end of a 14 hour day. Then, this morning (the room itself wasn't all that bad) the WiFi that had worked in the evening wasn't making connections to any servers. I got coffee and a WiFi connection a little later at a McDonald's.

Along with friends and Kickstarter backers, I also heard from the late night producer at WGN radio out of Chicago. We're going to tape a phone interview at 10:00 my (New Mexico) time to air later in the night and also go to podcast. It seems he'd been following the project and thought the anniversary was the right handle to put the project on the air. Luckily at about 5:00 I've now checked into a nice Best Western in Socorro, NM, with good WiFi and a good 3G signal for the phone. Now I need to rest up before ten.

I shot a theater in Carlsbad this morning, at the southeast corner of New Mexico, and there isn't another until Globe, in west-central Arizona. Since I haven't had anything resembling a day off so far, I'm going to spend time driving through the mountains and photographing other stuff—my idea of a day off—letting it take a couple days to reach the next theater.

Since I was in southeast NM, there was a place I had to stop. 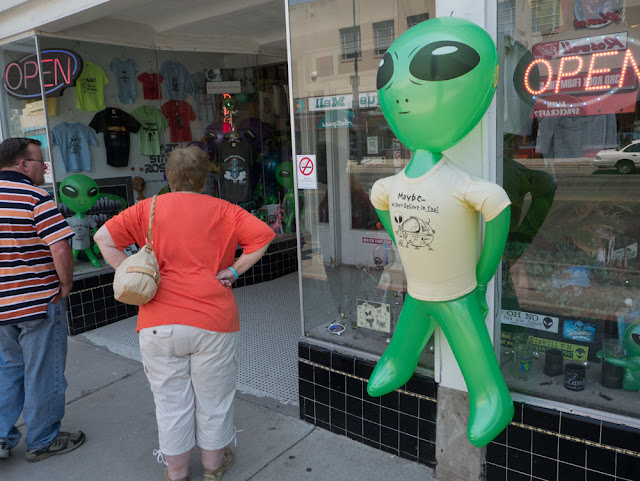 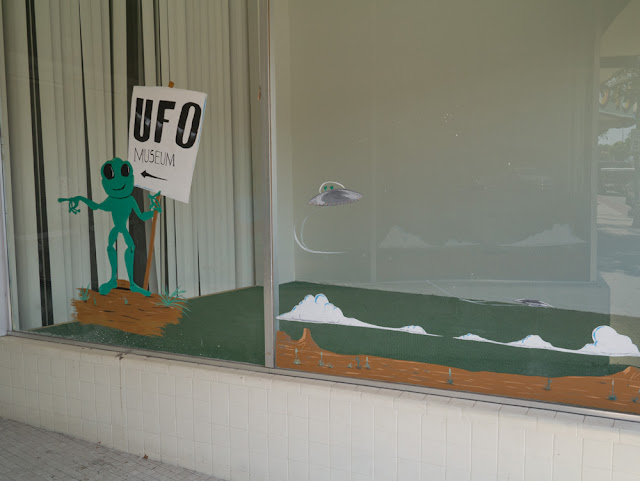 Email ThisBlogThis!Share to TwitterShare to FacebookShare to Pinterest
Labels: behind the scenes, found objects, signs