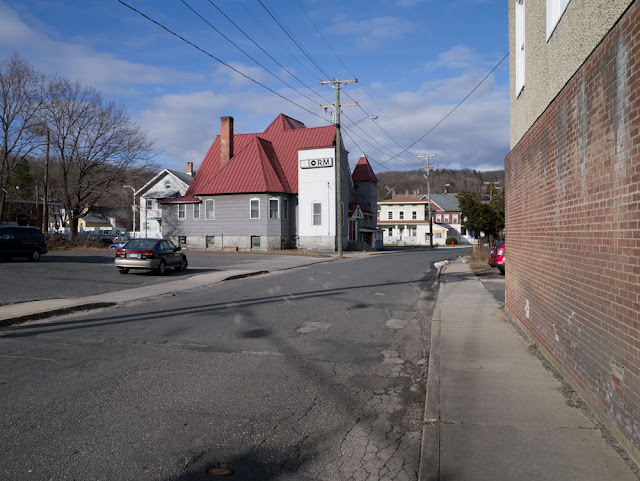 Winsted, Connecticut
The letters on the building stand for "Improved Order of Red Men," a fraternal organization with a long history going back to before the American Revolution. At the yearly Laurel Festival parade here, members march in full Native American regalia. I haven't heard of any repercussions to this locally, and perhaps some of them actually have Indian blood, but non-Indians wearing regalia really infuriates
actual Native Americans. I learned about this twenty-some years ago while doing pro-bono photo illustration work promoting a pow-wow put on by Connecticut tribes. The leaders I worked with were bemused by earnest new-agers adopting bits and pieces of indigenous culture, but got pissed as hell if they encountered white frat boys cavorting in regalia as if it were a Halloween costume.
Posted by Carl Weese at 6:00 AM