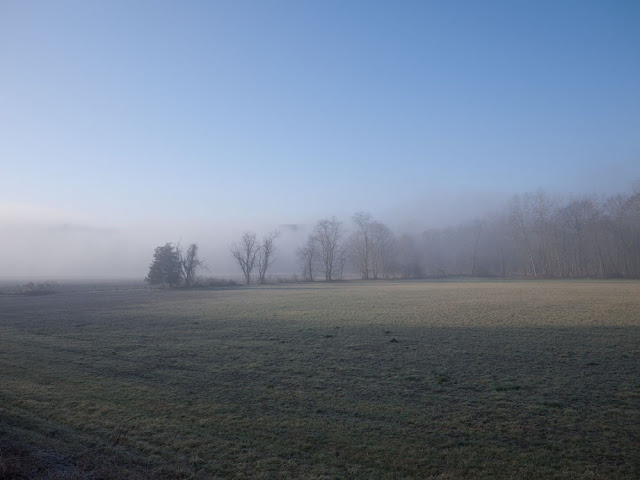 Woodbury, Connecticut
The first morning of the year was foggy, and cold. That's weird. At about seven AM the temperature was in the mid-twenties (minus 3-5 degrees Celsius) with thick fog everywhere, and heavy frost on the car windows that I didn't even try to attack with a scraper. I'm environmentally conscious enough—and cheap enough—that I hate warming up a car at idle so its systems will melt the ice. But the thick coat of ice made it clear I was going to have to throw a few ounces of gas at the problem, go inside and have a little more coffee, and then get out to shoot. So where is the fog coming from? Frozen air should have no moisture in it. There had to be a front of warmer air moving through to cause this, but at nine the air temperature had still not reached the freezing point (according to my car's computer) but voluminous fog was still wafting from small streams and just about everywhere else. A front of warmer air may well have been the cause, by noon the temperature had soared to a couple degrees above 50. 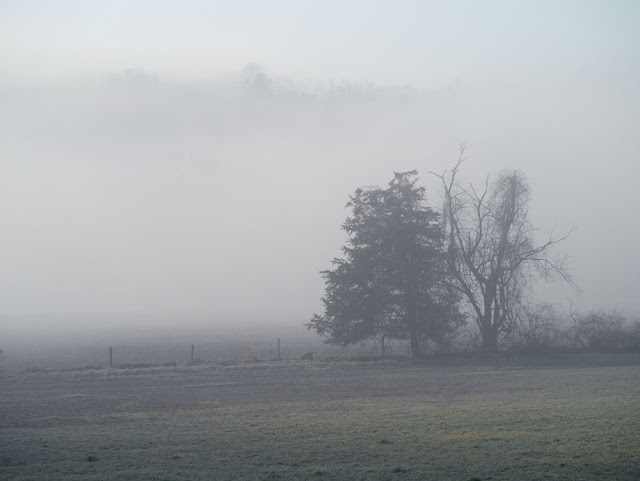 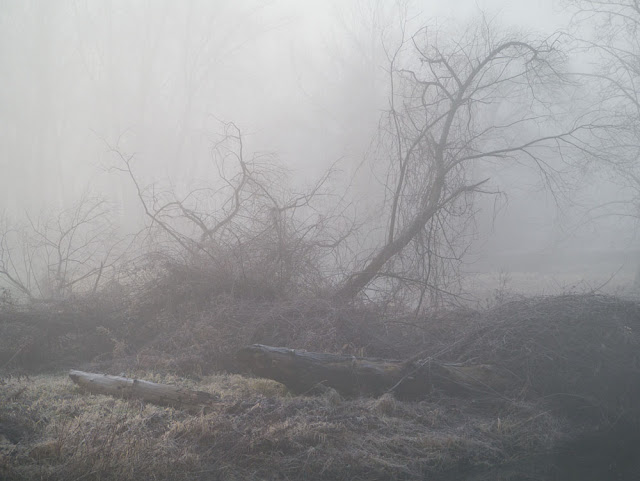 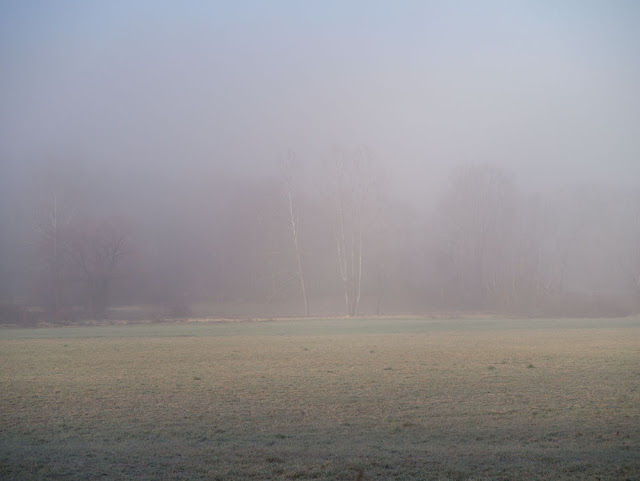 beautiful, haunting, and having a real immediacy

That fourth photo seems quite peculiar, in that it appears to concern *only* light and nothing else. Mesmerizing.

Thanks Lyle. I'm enjoying work on this series.

Perhaps it was a shallow cloud inversion, with the warmer air just lying over the top of the mist rather than "moving in". I've experienced a number of these in the hills and it can be freezing in the fog with thick hoar frost that forms on your clothes, but great when you pop up out into bright sunshine and a sea of mist just below. Either way, I hope that your "Winter Light" series is revising your opinions about it's photogenic qualities; your images suggest that it ought to be!

The next step, which I hope to get to today, is to see what's needed to make a convincing print from these pictures.

Yes beautiful photography. It's amazing that such stunning images can come from a dull gray day. I want to get out there and paint when there is this sort of mysterious atmosphere in the landscape.