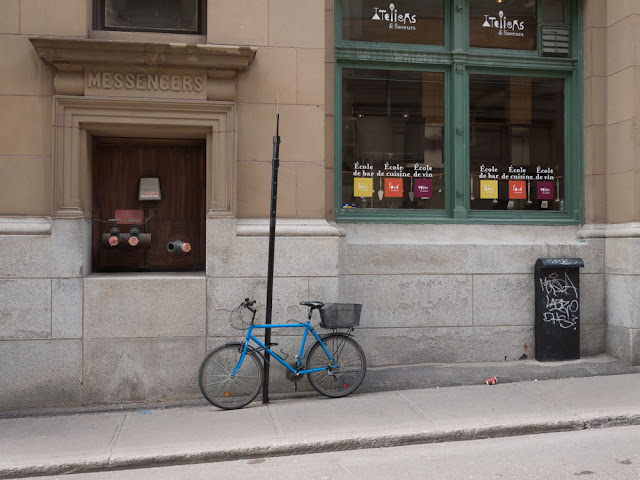 Montreal, Quebec, Canada
Posted by Carl Weese at 6:00 AM

I asked this before but the comments went down.Did you notice many if any signs in English?It is my understanding that since the passing of Bill 101 it's French only Quebec.

Right, that comment thread was lost. Signage was entirely in French. A couple times I thought I saw something in English, and it turned out not to be a sign, but a piece of merchandise with English on the packaging. Another thing I noticed was that highway speed limit signs were in kilometers only. I'm quite sure that a few years ago in another part of Quebec province the speed postings were in both miles and kilometers.

We use the metric system in the rest of Canada also thanks to the Liberals. The English/American is still used in many areas also.Example- 4by8 foot sheet of plywood,2by4's and so on.Most of the rest of the country has bi-lingual signage but Quebec not so much.The new leader of the opposition (Jack Layton) has proposed that the judges of our Supreme Court be bi-lingual only.Not going over to well in some circles and not likely to happen.I should probably comment on your work Carl and not politics but as you've not doubt figured out I like your photowork and that's what counts.