Dinosaurs Are Always In Style 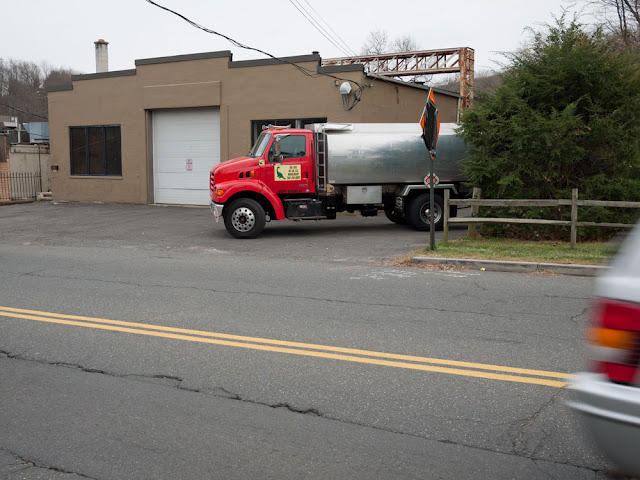 Naugatuck, Connecticut
Way back when I was a kid, the Sinclair Oil Company—long since absorbed into one of the modern oil giants—had a dinosaur as a sort of advertising mascot. This local oil delivery truck seems to have revived the notion. At risk of being pedantic, of course oil doesn't come from dinosaur carcasses. Big as they were, their biomass was inconsequential in the overall scheme of things. It's primitive plant forests and giant algal flats that compacted and eventually were transformed into hydorcarbons. Whatever. 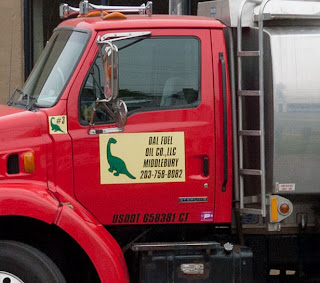 as it turns out, in MA where my mother lives, there is still a small oil company by the name of Sinclair giving 'old time' service. She loves 'em! don't think they have a dino for a logo. (and oil doesn't come from dinosaurs? actually comes from dead fish compacted at the bottom of the gulf - or is it oil causes dead fish?, I can't remember)