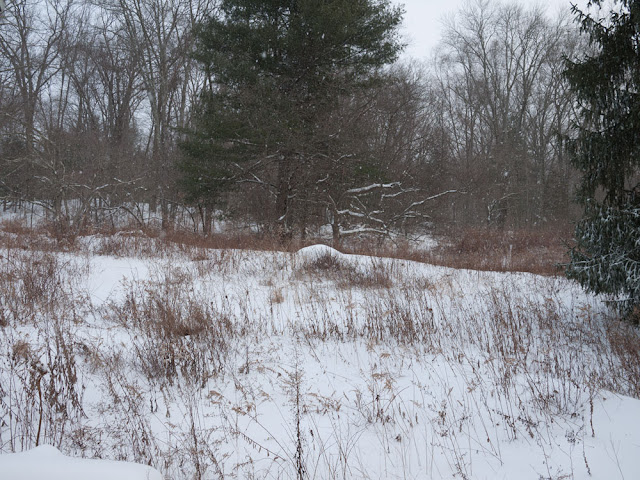 Woodbury, Connecticut
We seem to be in a little pocket that the storm just swirled around. There are reports of 20" of snow in New York City, a hundred miles south of here, and similar reports from Boston. But here, on the north side of the buildings where the high winds piled it up, the snow might be a foot deep. If there were an official measure of actual snowfall I don't think it would make six inches. More to come through the day though.
Posted by Carl Weese at 9:21 AM

And I thought I might need to come with shovels and bulldozers to rescue you two ... ;-)

We got what looks like a couple of inches in Northeastern Maryland.

Reports are of highly variable snowfall around this region (Connecticut, New York Metro, Northern New Jersey) ranging anywhere from 5 to 30". There's so much drifting from the wind it's hard to guess what we've had here.