This morning's printing, five more Pt/Pd prints from my new 'Steep Rock Autumn' series. These are snaps of the prints as they cleared. The dozen pictures that I wanted to see as a series, edited down from several hundred captures, are printed now. The next step is to live with the finished prints for a while and decide what I think of them as a group. They might end up getting edited down, or I could end up adding or replacing pictures from another dozen that I ranked just below this set in on-screen editing.

As a technical experiment the digital/platinum series has worked well. These are all first prints from first negatives from the files (all exposed at four minutes with my UV lightsource and vacuum frame) and they've all come through very much as I intended while adjusting the files in Adobe Camera Raw. It's also feeling like a successful experiment in using a digital camera (which of course is making color pictures) to produce a set of pictures intended specifically to be presented as platinum/palladium prints. Maybe I'll have more thoughts on that after I've spent some time with the finished set of first-prints. 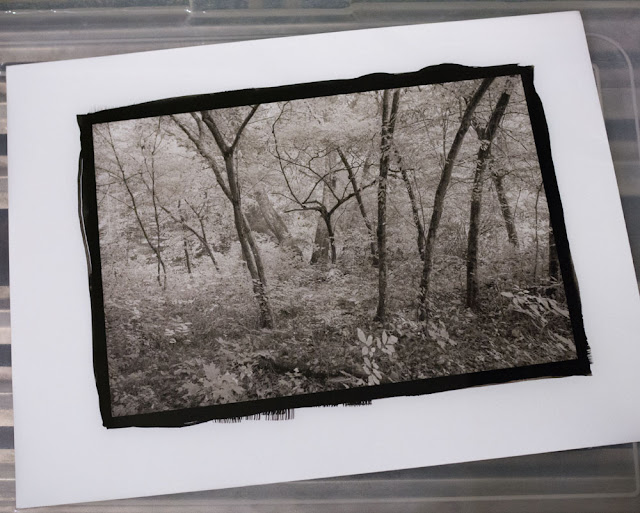 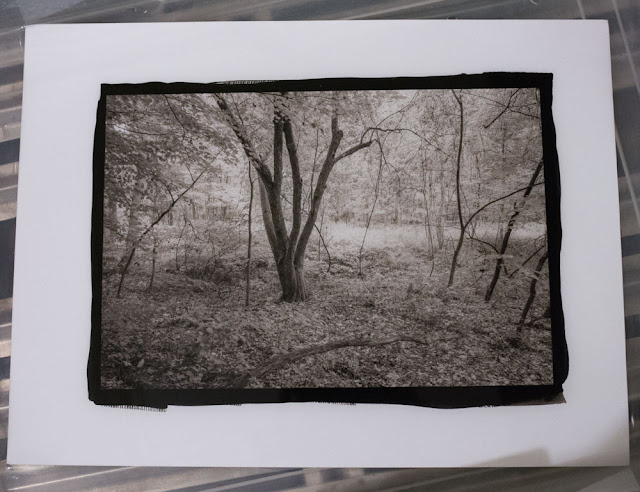 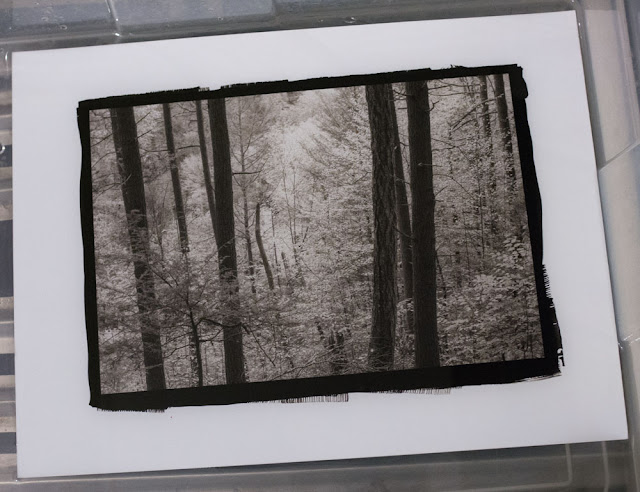 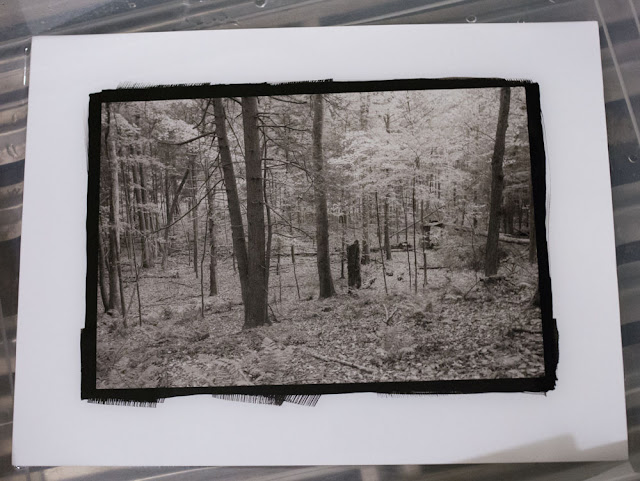 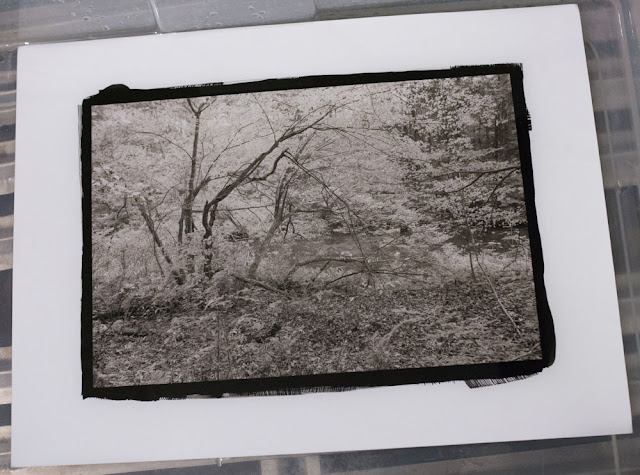 Email ThisBlogThis!Share to TwitterShare to FacebookShare to Pinterest
Labels: behind the scenes, platinum/palladium, rural scene